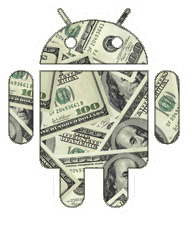 Like money? Like helping other people spend money? Like writing line after line of code and battling semi-colons in an attempt to win money? Then listen up!

Just about once a year, PayPal launches a Developer Challenge program aimed at getting developers to develop their craziest PayPal-friendly idea in exchange for cold hard cash. They’ve had two of’em so far, both of which were pretty grand in scope; developers could build just about whatever they wanted, and there was a total of $150k in prizes being thrown around. They’ve just released the details for this year’s challenge.

It’s being scaled back a bit this time around; all submissions are to be built for the Android platform, and the prize total comes in at $50k ($25k for 1st, $15k for 2nd, $10k for 3rd) — but hey, that’s probably still enough to go all Scrooge McDuck. Devs have up until May 14th to get their applications in, and then are free to submit bug fixes/minor changes up until June 3rd. Winners will be announced June 29th. Interested? You can find all the details right over here.