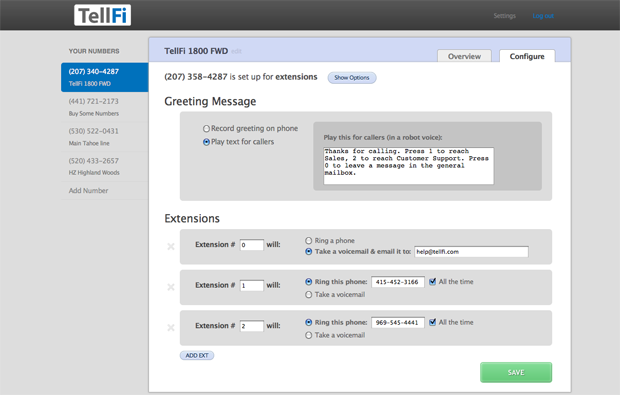 Launching today is Y Combinator-backed company TellFi, a Internet-based phone system that is specifically tailored to enterprise needs. In building TellFi, founders Jason Corwin and Conor Lee asked business customers what their most desired features were in a calling system, and came up with voicemail transcription, multiphone forwarding, call scheduling, individual extensions for each user, toll-free numbers and support access.

TellFi is in the same space as Grasshopper and Google Voice. But unlike Google Voice, TellFi is not free, so you get what you pay for in a sense. The tiered plans at $70 a month, $24 a month and $10 a month add extra numbers and additional minutes as they increase in price. But the features remain essentially the same.

“One of the ways we differentiated ourselves was that the other [enterprise] products were bulky to use … And Google Voice [doesn’t] really have a lot of the business class features.  Connection quality is really important to people, as is lack of support. People looking for robust business class features as they dug into it found that TellFi was a better alternative.”

TellFi prides itself in having better call quality and fewer dropped calls than competitors and robust analytics like call logs across all plans, useful for companies who want to track things like whether sales people actually made the sales calls they claimed to. And because it’s not VOIP, users do not need to be connected to the Internet to receive calls.

TellFi also prides itself on its simplicity, eliminating the need for an IT setup. All you need to do to set up a business phone system is visit the website and set up an account from an interface that’s designed for non-techie users, “It allows people to jump in, do what they want and jump out” says Lee.

TellFi now has over 50 clients and hopes to add even more enterprise-friendly features like conference calling and more in depth analytics for users in the near future, rolling out a new feature every two weeks. TellFi is also offering the first 50 interested TechCrunch readers one month of the starter plan free when they sign up for an account, by using the access code “TCReaders.” 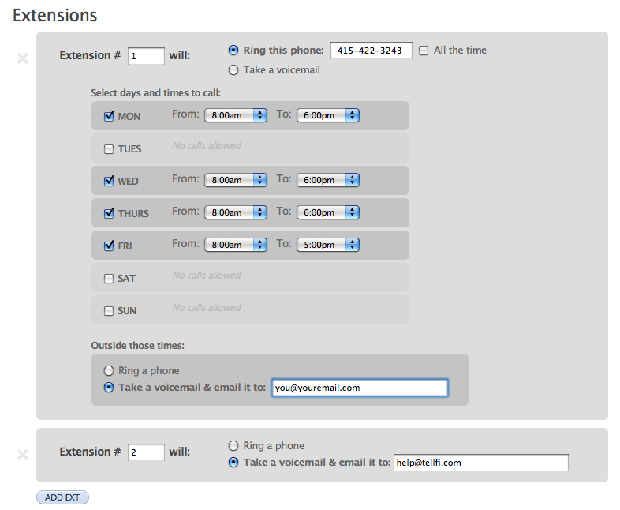