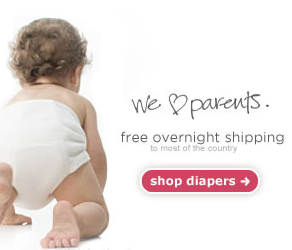 It’s been about four months since Amazon announced its plans to acquire of Quidsi, the parent company of Diapers.com and Soap.com, for $540 million. The deal has not yet closed, primarily due to an extended review by the FTC.

The FTC took nearly seven months to approve the Google AdMob deal, so it is not yet as bad as it could be. But it is also unclear what antitrust concerns the FTC might have with this particular deal. Is the FTC worried that a combined Amazon-Quidsi will corner the online diapers market and provide free overnight shipping to parents all across the country?

Yes, Diapers.com and Amazon are the No. 1 and No. 2 online retailers of diapers, respectively. (Last year, Quidsi CEO Marc Lore boasted to me that Diapers.com shipped four times as many diapers as Amazon). But their combined sales are a drop in the bucket compared to the overall diapers market. Diapers.com probably did about $300 million in revenues last year. Quidsi also moved into family care products with Soap.com. Diapers are a multi-billion dollar industry, and family care is even bigger. Procter& Gamble alone sold nearly $15 billion worth of baby and family care products combined last year (including diapers, baby wipes, facial tissues, bath tissues, and paper towels).

E-commerce does not exist in a vacuum. It is rarely a market unto itself. Perhaps the FTC is just being thorough. But the longer it takes to either approve or block big deals above $500 million, the bigger a deterrent it becomes to those deals ever happening in the first place (see Groupon). If Amazon was allowed to buy Zappos, there is no reason why it should not be allowed to buy Diapers.com. Unless the concern is that Amazon dominates too many e-commerce markets overall, and allowing it to buy online dominance in adjacent markets sets a bad precedent. So how should the FTC define the market in this case—diapers or online commerce?

Update: An Amazon spokesperson responds: “We expect the acquisition to close this year. We continue to work through regulatory approvals and closing conditions.”