On Monday, we’ve just shown you some leaked pictures, but we can now confirm the “world’s thinnest smartphone”, NEC Casio Mobile’s MEDIAS N-04C, is real. And provider NTT Docomo, Japan’s biggest mobile carrier, doesn’t want to lose time in bringing it to market: it will hit stores over here as early as March 15.

As reported, the Medias measures just 7.7mm, which makes it the slimmest 3G smartphone out there (the Galaxy S II is 8.49mm thick).

At 105g, it’s pretty light, too (the iPhone 4 weighs 137g), especially when you consider what the device packs: 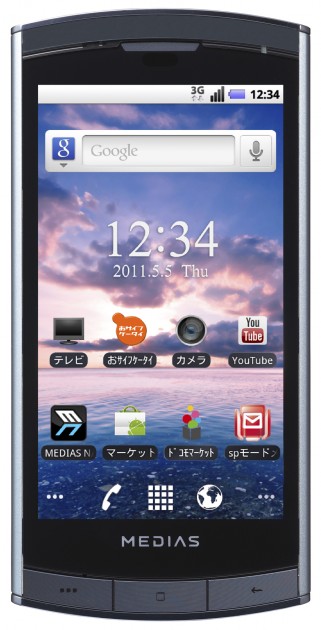 Docomo plans to offer the Media in black and white. No word yet from NEC Casio Mobile if this beauty will be available outside Japan, too, at some point.