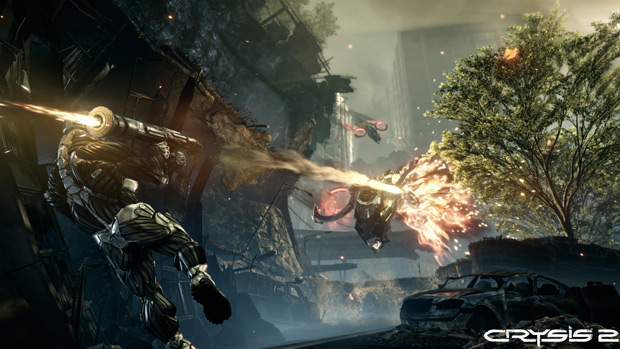 We’re one week ago from the PC multi-player demo of Crysis 2. Exciting! (It actually is, I’m not sure that came across well.) As the game’s release approaches, its developers have started opening up. First up: the game’s soundtrack.

The MyCrysis site, which we’d do well to keep an eye on for the next few weeks, has an interview with a few of the score’s composers, and they explain the genesis of some of the songs. For example, Borislav Slavov says that one of the battle tracks, while keeping the same basic theme, differentiates itself depending on what type of enemy you’re fighting. Fighting humans? Say hello to “regular” instruments? Fighting those weird alien things? The theme morphs to a more electronic sound. From OK Computer to Kid A, if that makes any sense.