A month ago, we detailed a new location-based realtime chat service called Yobongo. At the time, co-founder Caleb Elston didn’t want us to show shots of the app in action because it was still a work-in-progress. But now he’s finally comfortable enough with everything that he’s asking beta testers to do just that. And he should be, as the app both looks great and needs to be ready to go for the upcoming SXSW festival in Austin, Texas.

Elston realizes that SXSW is a big opportunity for the app. And assuming all goes well with App Store acceptance, they’ll be ready. And having used the app for a few weeks now myself, I think it’s safe to say that it will definitely be in the running for one of those addictive apps that could catch on at the conference.

The stars seem to be aligning for one of the so-called “group texting” apps to be big in Austin this year. The obvious candidates there are GroupMe, textPlus, Beluga, and a handful of others. But some of the offshoots of that space have to be included too — like HeyTell and Yobongo. The purpose of each is fairly similar: keep up to date with a group of people while on the go. But Yobongo, perhaps more than any of them, focuses on location.

Actually, Yobongo’s location features aren’t fully turned on yet, so it’s hard to judge the app that way right now. But Elston says they will be turned on shortly — they’ve just been waiting for enough people in the beta for it make sense. The plan is to open the beta more this week after seeing some good early stats (an average of 10 app opens per day per user and usage within 60 seconds of joining).

You can sign up for access to the app on their website (note that it’s iPhone -only for now). And check out the screenshots and video below for a better sense of how it works. And again, read more about the service here. 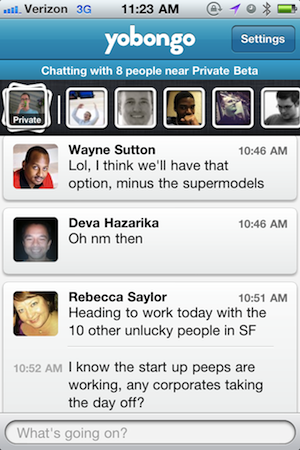 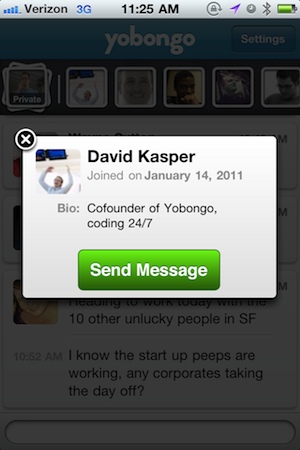 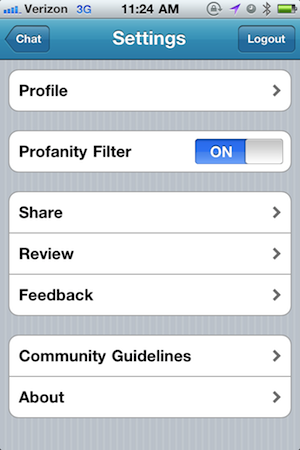 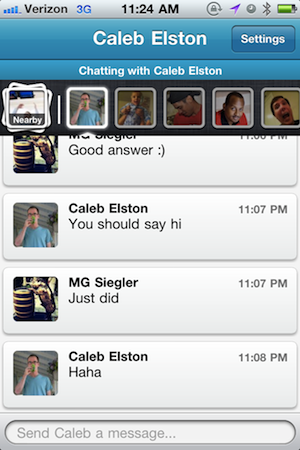