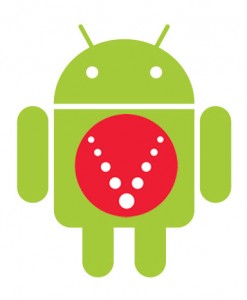 Perhaps I just run in strange social circles, but I’ve yet to meet anyone who knows Verizon’s V CAST service as anything but “that thing I always opened accidentally on my feature phones and wondered if it was costing me money”.

But hey, what do I know? Maybe there are some people out there who live and breath V CAST, using it for all of their media-gettin’ needs. If so, they’ve got a lil’ treat waiting for them on their Android handsets this morning: a new build of V CAST Music.

So, what’s new in the new app? They’ve just taken everything and crammed it into the one app. Whereas tinkering with ringback tones and the like used to require you to pop into the browser, it’s all a part of the app now. Ringback tones are listed right amongst ringtones and full tracks, with some combinations of the aforementioned sold together in discounted bundles.

Also new: a wishlist feature for tracking future purchases, and a “suggestion” feature so you can remind your buddies of how badly they need to hear that one Justin Bieber song each and every day.

The new app should work with any VZW handset running Android 2.1 or later