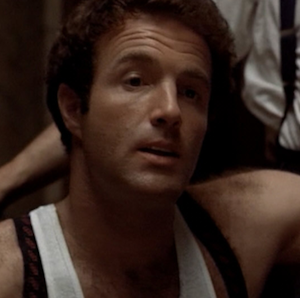 In Francis Ford Coppola’s 1972 film The Godfather, there’s a scene between Tom Hagen (Robert Duvall) and Sonny Corleone (James Caan) that plays out like this:

Events the past few days in the tech ecosystem have reminded me of this scene.

As we’ve all heard by now, yesterday, Twitter made what seemed to be a quick and drastic decision to block a number of popular Twitter third-party clients, namely, UberTwitter and Twidroyd. Both of those, of course, are owned and operated by UberMedia, a company which is quickly buying up a significant part of the Twitter ecosystem — presumably to figure out a way to monetize it.

So Twitter’s move was an act of war, right? Well, yes. But it’s not as cut and dry as some are suggesting. Further, the only thing that’s actually surprising about any of this is that people are acting surprised.

First of all, Twitter did not block these apps because they hate them. Both applications are a significant part of Twitter’s ecosystem and give them more of what they ultimately really value: data. But the fact of the matter is that UberMedia has gotten too close to the territory that Twitter must protect: monetization. They don’t hate UberMedia, it’s business.

The stated official reasons for the suspension of the apps included “trademark infringement” and “changing the content of users’ Tweets in order to make money”. Both of those are directly related to Twitter’s business. And while UberMedia denied the latter charge, it doesn’t matter. The message is clear: Twitter is going to protect their business.

Right or wrong, a shitstorm quickly followed. The larger web quickly descended upon Twitter and started taking shots at the company left and right. It looked as if the major problem was the timing of all of this, as the the UberMedia/TweetDeck (the largest third-party Twitter client) deal had just been reported a week prior (by us) and Twitter was also promoting its own apps on the same day.

And maybe it was time for Sonny Corleone to respond with, “Well then, business is going to have to suffer.”

Why didn’t Twitter simply talk to UberMedia before taking such drastic action? Well, according to them, they had, months prior.

But again, none of that really matters. What does matter is that people are once again pissed off because a beloved company seems to be taking action against their developer community. But again, why is anyone the least bit surprised by this? This has happened time and time and time and time again. And it will continue to happen until the end of time. Or at least the end of capitalism.

A tweet by Joe Hewitt yesterday perfectly encapsulated the situation. “At some point, every company gets taken over by conniving business assholes, even the ones you love,” he wrote. While some quickly jumped to the conclusion that Hewitt was talking about his own employer, Facebook, he quickly clarified his statement. “Every day on techmeme there is some example of this,” he tweeted. Clearly, he was talking about Twitter in this instance.

But Hewitt is right. This does happen all the time. And while Hewitt wasn’t talking about his employer here, it has happened with them too. How many actions has Facebook taken against their developer community in order to both protect and build their business? Dozens? More? Certainly, there will be many more to come.

What about Apple? I mean, just this past week we’ve seen a huge explosion of rage from the development community over the whole subscription thing. Why is Apple doing this? It’s business, not personal.

Google? I mean, why do you think they really decided to side with Verizon on their bogus net neutrality pact? Does Google truly believe in that BS? Nope. It’s business.

The list goes on and on. And again, it will continue to go on and on. Certainly, there are some companies that handle this better than others. But as companies get large enough, or simply to the point where they have to think about making money, the same things happen over and over again.

These moves start out small. The first thing you normally see is a company start to notify its ecosystem that they can’t use their name for third-party sites/apps. Is this because they hate those companies? No. In fact, they probably love them for helping them build up their ecosystem. But then lawyers start to get involved and the companies are advised that they have to protect their trademarks or they’ll risk losing them.

This almost always pisses off the ecosystem. But it’s business, not personal.

The point is that while people like Hewitt and the others giving Twitter shit, range from sad to pissed off by what they perceive to be hostile actions, absolutely no one should be surprised. This is what happens. And this is what has to happen. The alternative is that these companies do nothing to protect their business and as a result, they go out of business themselves. And then everyone is screwed.

Again, that’s not to say there aren’t better ways to handle all of this. And Twitter does have a fairly poor track record when it comes to these situations within their community. But sometimes things change quickly and companies believe there are actions that need to be taken.

It’d be nice if these companies were a little more transparent about all of this. How refreshing would it be for one to just come out and say, “look, we love what you’ve done for us, but we really need to make money now or you’ll be screwed along with us, so we’re screwing you now.”?

Even shooting your father is business.

But in some cases, maybe the the facades are all a part of the plan. I mean, just imagine if a player in the ecosystem ended up coming dangerously close to the main company itself — think: Zynga and Facebook, and now UberMedia and Twitter.

This reminds me of another Godfather quote. This time, it’s Michael Corleone in The Godfather Part II:

“There are many things my father taught me here in this room. He taught me: keep your friends close, but your enemies closer.”