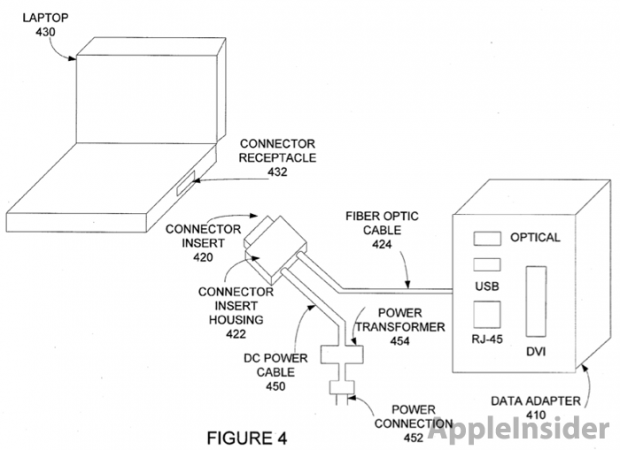 As the headline states, a recent Apple patent shows a system where data and power share a MagSafe adapter. It would look and magnetically connect just like the current MagSafe, but two cables would exit the adapter with a a fiber optic line for data and the standard power cord. Internally there would be an additional “pin” for the fiber line.

Apple notes in the filing that currently there’s a need for multiple connections when docking a computer. You have the power cable as most notebook batteries cannot make it an entire work day and then either a USB connection to a hub or an Ethernet cable. This patent talks of a future where this one cable handles it all. 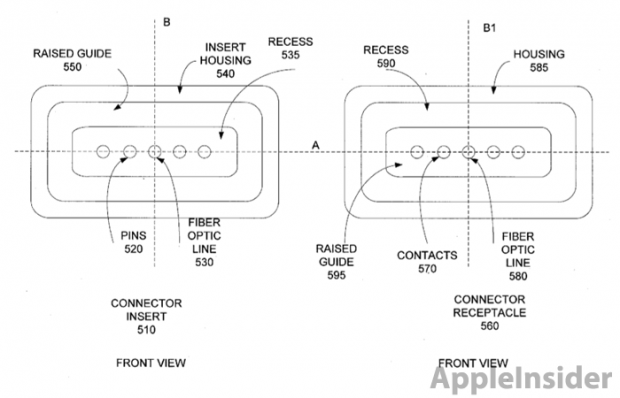 The filing also states that it could be used for mobile devices as well as notebooks. A MagSafe power adapter on a cell phone would certinally be Steve’s greatest gift to mankind. But no matter the application, the MagSafe female receptacle is nearly flush mounted on the device, which great contributes to Apple’s clean lines.

Of course it’s just a patent and Apple, along with most other CE companies, routinely file patents without ever implemented the described technology. It’s just part of the game.