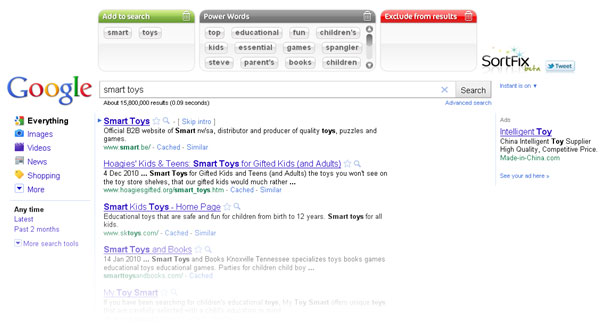 It’s interesting that TechCrunch’s Michael Arrington kicked off a debate today about the current problems with search. Because it’s clear that while few players feel able to take on the might of Google, there remain a few startups out there trying to attack the problem from different angles.

One of them is Israeli startup SortFix, who I met on a recent trip to Tel Aviv in Israel (more on that soon).

Previously, SortFix tried concentrating its search functionality directly through its website and through its iPad app. But now SortFix has created a FireFox extension for Google which makes use of SortFix’s algorithms to generate suggested words to improve your search. It’s still in beta but you can try it here.