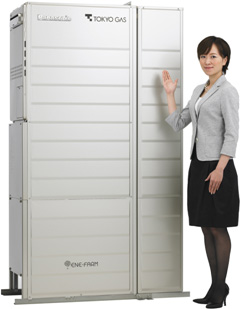 IThe news has become muted regarding fuel cells and their future role in energy supply in recent years, but it seems we’re getting there step by step: Panasonic today said that it has developed a new type of home-use fuel cell [press release in English], which is more efficient and cheaper than its existing solutions.

Created in cooperation with major Japanese energy company Tokyo Gas, Panasonic’s new Ene-Farm fuel cell boasts an energy conversion efficiency of 40%, which is the world’s highest (according to the companies involved in the development). Panasonic’s previous offering just reached an efficiency of 37%. 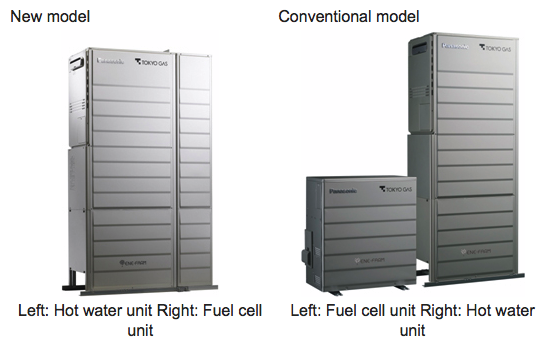 This new model features a power output of 250 to750W, and it and needs just 2sqm for installation, slashing the footprint of existing offerings by about 50%. It cuts primary energy consumption approximately 35% and CO2 emissions by around 48%. 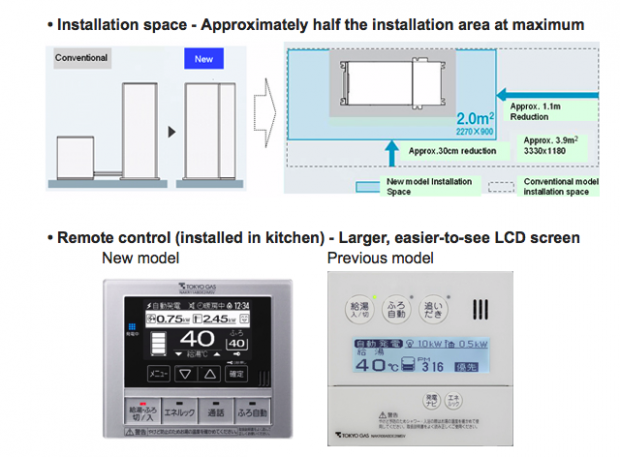 Panasonic also says that the new Ene-Farm can help an average Japanese family reduce electricity bills by $600 to $725 per year. Partner Tokyo Gas will start selling the fuel cell in Japan on April for between $14,000 and $17,000 (after government subsidies), which is 30% cheaper than existing fuel cells.