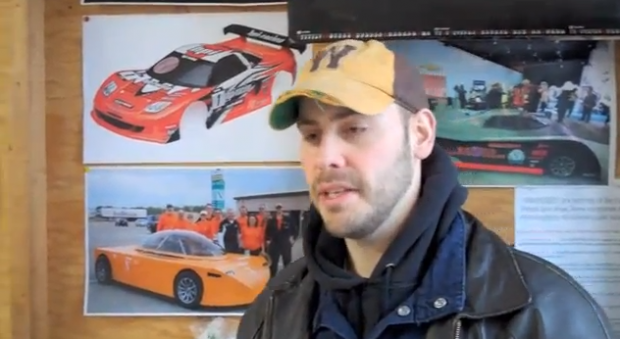 Some of the most complex things man has ever built are pieces of software. With little capital —  only a laptop, some coffee and a few hours — programmers can build some pretty amazing tools. Now translate that over to manufacturing. By using limited resources wisely and lean processes, many underground companies have sprung up in the automotive world, hoping to become the next big thing — like Tesla, only much smaller.

Joe Justice, a contractor for Microsoft by day, is also the team leader of Wikispeed by night. Some of you may remember Wikispeed’s debut prototype vehicle at the North American International Auto Show. The SG01 was built with a group of collaborators from different parts of the world, sharing ideas over Google Docs, instant messages and phone calls. In fact, the owner of the prototype SGT01, never met the builders until the car was debuted in Detroit.

This new open-sourced design/manufacture of cars could path the way towards 100+ MPG, while still falling within federal regulations and guidelines. A lot can happen when you get rid of bureaucracy. Obviously, Wikispeed will need some more funding before they can go global, but right now all they are looking for is $750,000. Not too bad a price, especially if they can deliver the goods. The team works out of a super small 20×40 foot storage unit in Seattle — talk about making the most out of nothing. Their processes are also efficient: modeled after modular, lean, agile software development.

The original idea came from Wikispeed’s entry into the Automotive X-Prize and grew from there into a full realization itself. Becoming an automotive company is no easy task, but if they can make the most of their resources, prove concept with a prototype and secure funding, then we just might actually see these cars on the road early next year.

Check out this video they just posted of their workspace and see Joe talk about the idea of Wikispeed and the processes they take to make cars.