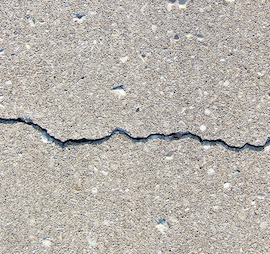 Don’t believe me? Maybe you’ll want to ask any of the 16 million-plus people that bought an iPhone last quarter. Or maybe any of the 14 million-plus that bought one the quarter before that. The antenna issue was apparently such a big deal that not only did the iPhone chart record sales each quarter for Apple, but the reports of customers being upset with the product and returning it were basically unheard of. Damn, that pesky antenna — it nearly ruined Apple!

Facetiousness aside, you would have thought that those behind the rally cries for Antennagate would have calmed down over what ended up being a total non-issue. But nope! Not iLounge. They’re back today with “Antennagate 2” (trademark pending)!

But this time it’s arguably even better. Not only is there a “death grip” problem with the Verizon iPhone, but now there’s a “death hug” problem as well. Now hear this: if you are able to wrap your entire hands around and iPhone and squeeze as hard as possible, you may lose some WiFi signal!

Related: if you lock the iPhone in a room with no signal, you may also lose some signal.

Beyond the fact that no one is ever going to hold their iPhone in the manner that they do in the iLounge video, and beyond the obvious link-bait (which we’re graciously submitting to), I’m just going to throw this out there: if Antennagate 1 was a 10 out of 100 on the problem scale, this is a 0. Or maybe a negative 1.

While I’ve always stood by my stance that the iPhone 4 (the AT&T version, that is) antenna issue was very real, it wasn’t a really big deal, I see this as no deal. First of all, I cannot replicate the death grip issue on the Verizon iPhone. I could (and still can) on the AT&T version. I can’t here. It’s already known that Apple changed the antenna design with this new model, so it seems fairly hard to believe that they would have changed something without correcting that problem.

Secondly, that said, the antenna still is on the outside of the phone. As as we were all made well aware this past summer, the human body doesn’t help boost its signal at all. In fact, it hurts it. I’m sure there are some acrobatic manuevers you can still do with your hands to get the signal on the Verizon iPhone to drop. Like a “death hug”, for example.

Third, covering the iPhone in four feet of concrete will also likely affect signal strength. We’re still waiting on the video proof of this, but consider yourselves warned.