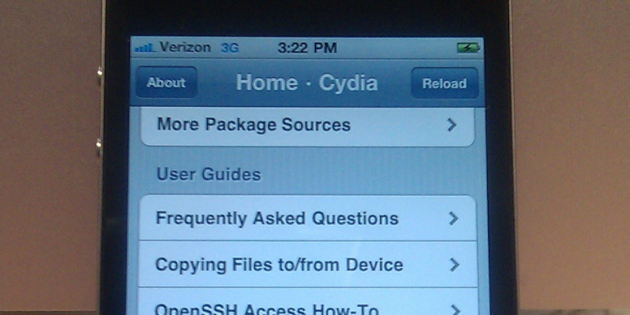 Well, that’s that. Verizon iPhone 4’s just started hopping off the delivery trucks a few hours ago, and it looks like their jailbreakability is already confirmed.

The news comes from Twitter user Lunch8ox. In testing the currently available greenpois0n jailbreaking tool on his freshly-delivered VZW iPhone 4, things just didn’t seem to work. Flash forward an hour or so, and he’d acquired a currently unreleased build of the same tool — sure enough, it hacked and slashed its way through the new iPhone 4’s security without issue.

The team behind greenpois0n says they’re currently still testing the tool, but that a release candidate build should be available to all soon.

Update: Looks like they just pushed out the updated, Verizon-iPhone-friendly build (Release Candidate 5.4) of greenpois0n. Note, however, that it seems only the Mac version has been updated. Take caution here, folks: as always, there’s some potential for things to go very, very wrong here. You might want to wait a few days to make sure there aren’t any reports of things going awry. Don’t want to go turning your brand new iPhone 4 into a paperweight on Day 1, do you?