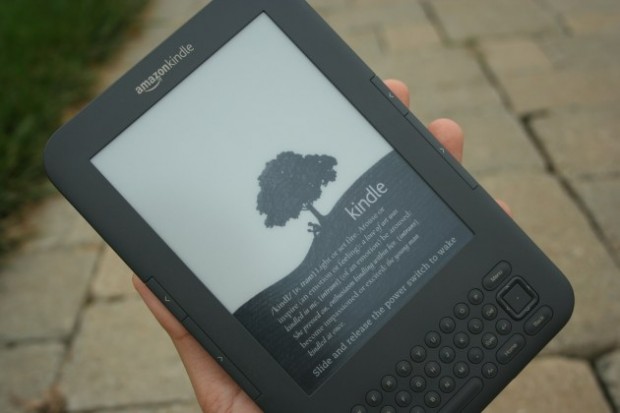 If you’re one of the Kindle users who is bothered by inconsistent page numbering between editions, this update should come as a pleasant surprise. Amazon is adding page numbers that correspond to the printed versions of books, so you can use the old citing style or just tell your friend reading the paperback that it’s “on page 215.”

They’re also adding a new “Public Notes” feature that lets you make your annotations public, allowing anyone to read your extensive notes on The Lost Symbol. This could be really nice for, say, English classes, where you could easily write up a note for the end of every chapter and share it with your teacher. You turn this feature on and off at the book level, so your Twilight fanfic scribbled in the virtual margins of New Moon will remain private, with luck for all time.

There’s also a new layout for newspapers and magazines, but you’ll have to install it yourself to find out what that’s like. Probably not wildly different.

It’s officially just a preview at the moment, so you have to install manually, but it’ll go out over the air when it’s fully baked. No word on when that’ll be. More details at the Kindle blog post.