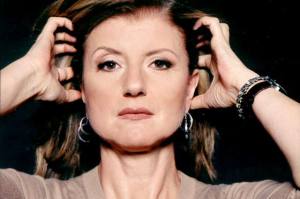 We really have to stop being scooped by rivals on news affecting our own company.

Tonight, courtesy of a press release that our parent company sent to everyone but us, we learn that AOL has acquired the Huffington Post for $315 million. More interestingly, Arianna Huffington has been made Editor In Chief of all AOL content, including TechCrunch.

Now, no-one here has been more skeptical than me of AOL’s content strategy. I was reasonably scathing about that whole “tech town” bullshit and I was quick to opinion-smack Tim Armstrong in the face over his promise that “90% of AOL content will be SEO optimized” by March. Hell I’ve stood on stage – twice – on TC’s dime and described our overlords as “the place where start-ups come to die”.

And yet and yet, for once I find myself applauding Armstrong – and AOL as a whole – for pulling off a double whammy: a brilliant strategic acquisition at a logical price. As AOL’s resident inside-pissing-insider, I can’t tell you how frustrating that is. I can’t even bust out a Bebo joke.

An important note before I go on: I have no idea how any of this will affect TechCrunch. So far AOL has kept true to its promise not to interfere with our editorial and there’s no reason to suppose that will change under Huffington. That said, it would be idiotic to think that our parents’ content strategy – particularly the SEO stuff – won’t have annoying trickle-down consequences for all of us in the long term.

As I wrote the other week, I hate SEO. It’s bad for journalism as it disincentivises reporters from breaking new stories, and rewards them for rehashing existing ones. And it’s bad for everything else because, well, it’s garbage. But when discussing the SEO phenomenon privately, I’ve always cited the Huffington Post as the exception that proves the rule.

Arianna Huffington’s genius is to churn out enough SEO crap to bring in the traffic and then to use the resulting advertising revenue – and her personal influence – to employ top class reporters and commentators to drag the quality average back up. And somehow it works. In the past six months journostars like Howard Fineman, Timothy L. O’Brien and Peter Goodman have all been added to the HuffPo’s swelling masthead, and rather than watering down the site’s political voice, it has stayed true to its core beliefs. Such is the benefit of being bank-rolled by a rich liberal who doesn’t give a shit.

It’s still far from certain that AOL’s lumbering corporate bureaucracy – and obsession with search terms – can ever be compatible with good, fresh journalism. But by putting Huffington in charge of content, Armstrong has given AOL the best possible chance of pulling it off. Acquiring the HuffPo’s huge reader-base – and a whole new world of cross-posting opportunities – won’t hurt either.

Now, if you’ll excuse me, I have to revisit all my Sarah Palin posts, find the commenters who demanded to know “Is this TechCrunch or the Huffington Post?!” and reply “Yes.”

Update: From the memo Tim Armstrong has just sent to all AOL staffers: “The Huffington Post is core to our strategy and our 80:80:80 focus – 80% of domestic spending is done by women, 80% of commerce happens locally and 80% of considered purchases are driven by influencers. The influencer part of the strategy is important and will be potent.”

Or put another way, “we bought the Huffington Post because it’s full of important women who buy things”.

Oh, Tim. Promise me you won’t ever change.