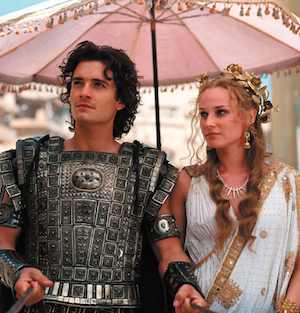 The most recent Verizon and AT&T commercials are awesome because everyone loves a good slap fight — especially one that is played out in public (for more evidence, see Google vs. Bing earlier this week). But they’re actually even more interesting under the surface. Because it’s a fight that has only one real winner. But it’s not who you might think. It’s neither Verizon nor AT&T.

Think about it. Both AT&T and Verizon are spending millions of dollars to bash each other in these high-profile commercials. But the overall impact of these commercials is likely to be that they completely cancel each other out. If AT&T feels Verizon is winning, they’ll just order more ads, and vice versa. And so again, the only winner in these ads is the one common element: the iPhone .

At first, I found the fact that Apple would sign off on Verizon and AT&T using the iPhone to attack one another a bit odd. After all, since Apple now partners with both, they have to keep both relatively happy. But this strategy is actually genius. Apple, of course, isn’t going to say a bad word about either (instead, they’ll tout both), but by letting them say bad words about each other, they’ll ensure that more and more and more commercials get made. That’s the way the negative ad campaign game is played. More equals better.

What we have are two beaus fawning over the same beautiful woman. Each is arguing — again, in public — why they’re the better longterm partner. And considering that the two beaus, Verizon and AT&T, happen to be two biggest carriers in the U.S. that the majority of users are connected to, this battle is making the the beautiful woman, the iPhone, look like Helen of Troy.

A year ago at this time, Verizon was spending their marketing muscle pumping up their Droid devices while attacking the iPhone. We’re not seeing those commercials anymore. And the fact that Verizon was so quick to switch up allegiances also has a deeper meaning. When the other ads come out attacking Apple products (like the one Motorola is planning for the Xoom), Verizon’s change of heart will undercut that ads effectiveness. Because it shows that these companies are only running negative campaigns against Apple because they’re jealous.

If those companies get let into Apple’s world, all of a sudden, the animosity turns to pure fawning. To love.

Of course, the likelihood that Motorola would ever be let into Apple’s universe is slim. But still, if they were allowed to say, create a device with iOS, is there any question that their ads would do a quick 180? Nope. And that’s exactly why the ads, while possibly effective, don’t really carry a lot of weight. Motorola wants to be in bed with Apple — just like everyone else does.

Who wouldn’t, with Helen of Troy?