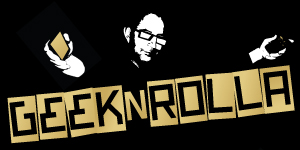 Three years ago I created the concept of the GeeknRolla annual conference to bring together Europe’s technology startups to network with investors and talk about how they create and build themselves. This year we are stepping on the gas pedal. We want to launch 15-20 brand new startups there and our tagline this year is this: “Investor Dealflow. Startup Exposure”.

As with last year there is a special emphasis on launching startups and connecting them with investors, who will comprise our judging panels. There will also be a DemoPit for startups to showcase their products. We have some interesting plans to give exposure to even more. The now legendary GeeknRolla Afterparty will also do a lot to help the networking. I’d strongly advise you get a ticket. Last year we more than sold out shortly after GeeknRolla was announced. You can follow any specific updates on the GeeknRolla twitter feed.

We’re initially announcing our first wave of speakers, and more are coming. But here’s who we have so far: Iain Dodsworth (founder of TweetDeck), Tariq Krim (founder of Jolicloud), Morten Lund (early investor in Skype, now of Tradeshift and Everbread), Wendy Tan White (founder of Moonfruit), Martin Varsavsky (founder of Fon).

If you are a European startup in stealth or in private beta and want to launch at GeeknRolla, then fill out this form. The deadline is February 24. Any startup selected to pitch on stage will get one free ticket (for the person pitching) and there is no charge to pitch.