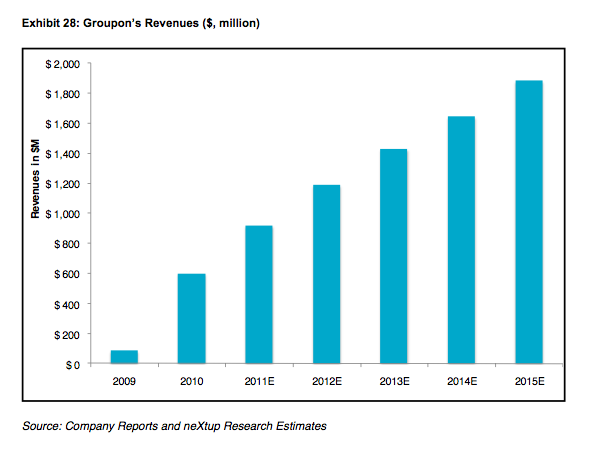 Groupon recently raised $950 million at a valuation of $4.75 billion and it is talking to bankers about going public at a $15 billion valuation sometime later this year. But what is it worth right now? SharesPost, a marketplace for private stock sales, just put out a report today estimating that Groupon’s is worth about $6 billion (between $5.95 billion and $6.07 billion to be exact).

It arrives at that number based on its own estimates of Groupon’s revenue growth and applying a multiple. (The report was prepared for SharesPost by NeXtup Research). The chart above shows the revenue estimates, going from $85 million in 2009 to $1.9 billion in 2015. The estimate for 2010 was $600 million, and for 2011 it is $920 million. These estimates are way more conservative than the $2 billion revenue run-rate we’ve reported previously (which would imply that Groupon will hit or surpass $2 billion in revenues this year). Of course, these numbers are only guesses since Groupon as a private company does not issue audited financials.

The report gives an in-depth background into Groupon’s business, how it compares to rivals like LivingSocial, and even the history of couponing. It provides a breakdown of Groupon’s customer demographics (68 percent are in the coveted 18-to-34 year old age bracket). The entire report is available on Sharespost. 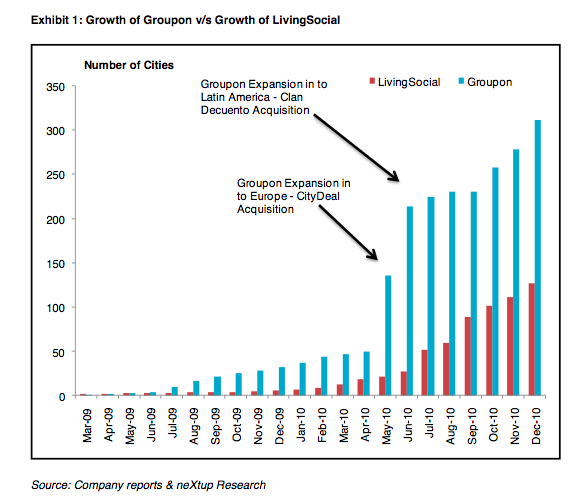 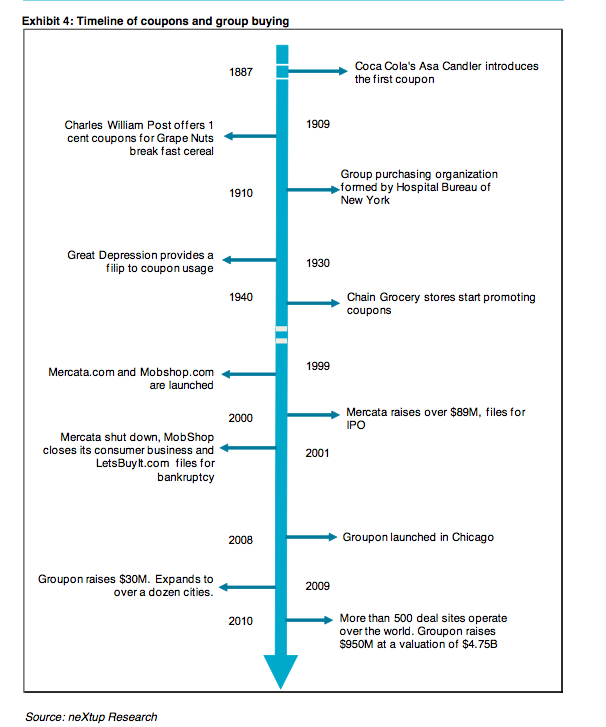