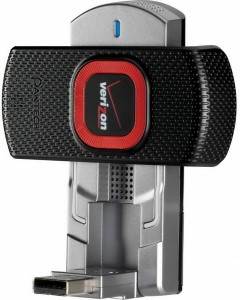 Back when Verizon was just starting to let folks onto their shiny new 4G (LTE) network, they kicked the whole party off with two USB Dongles: the LG VL600 and the Pantech UML290. Hurrah! Finally, we could surf the 4G radio waves like proper citizens of the future!

There was only one problem: they, uh, didn’t work with Macs.

The news of this odd shortcoming spread rather quickly throughout the gadgetsphere, presumably due to the fact that a massive chunk of the gadget-blogging world totes Apple hardware. Fortunately, Verizon realized their mistake and patched it up fairly quickly; today, the first set of Mac-friendly drivers for a Verizon LG dongles have been released.

Alas, the Apple-oriented drivers are only available for one of the two dongles at the moment. Folks carrying the Pantech UML290 can find the software right here. Got the LG VL600, instead? While you’re out of luck for now, leaked VZW memos have indicated that Mac supports comin’ for that one sometime this month.