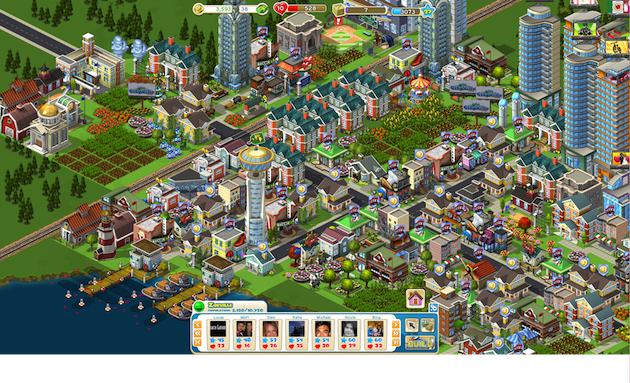 Zynga’s CityVille hit 100 million monthly players – making it the largest Facebook application ever – just a little over a month after launching in December 2010.

We’ve noted that Facebook execs (including Mark Zuckerberg), Google execs and others are playing, and playing long enough that it doesn’t just look like they’re sniffing around. Kleiner Perkins partner and former Chief Creative Officer of Electronic Arts Bing Gordon maxed out at level 60 early on.

Zynga added more levels today, though. The new maximum is 80 levels, and Gordon surged to level 67.

Think it’s all nonsense? It is. But it’s extremely profitable nonsense. Zynga, which uses Facebook credits for payments, is rumored to be paying at least $30 million a month to Facebook for their 30% cut.

Not too shabby for a SimCity knockoff.