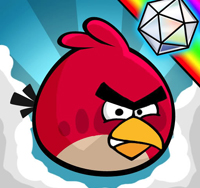 Three weeks into his job, Facebook Director of Gaming Partnerships Sean Ryan made bold advances to developers during the M&A panel at Inside Social Apps. When discussing what games should be built on what platforms, Ryan said, referring to Facebook, “Well if you’re building social I can’t image you not building on the world’s best social network” a statement which made some noise in the crowd.

Ryan went on to say that single player games like the immensely popular Angry Birds “wouldn’t make a lot of sense” on the social network, as building on the almost 600M strong Facebook platform isn’t just about an endless supply of users but about games that highlight interactions.

When asked to explain further about ‘Angry Birds’ versus a game like ‘CityVille,’ Ryan said,

When asked if there was a game that wasn’t on Facebook that he thinks should be Ryan said “‘Civilization’  … it’s one of the best multiplayer games ever, and it’s not yet on Facebook. Whenever there’s a true multiplayer game that involves a lot of social interaction it arguably should be on our platform, because that’s what we do.”

When asked if Facebook would ever acquire a gaming company or go into the content business themselves Ryan said no, “That’s not our gig.”