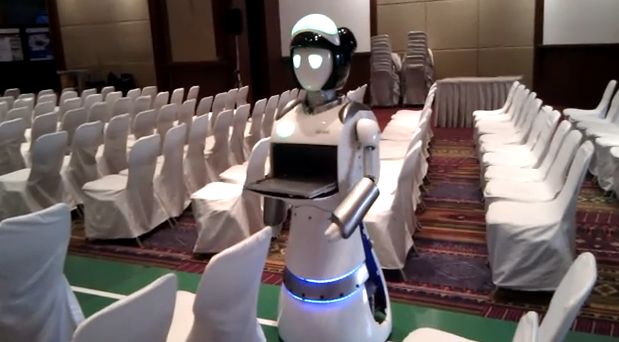 Who said Japan is the only country in Asia that produces service robots? A group of students at Bangkok University [TH] have developed a Linux-powered robot that can carry and serve food in restaurants.

As you can see in the videos embedded below, there’s still some time until this (unnamed) robot can replace human waiters, but it’s a first step and perhaps a good marketing gag for any restaurant installing it. The mechanical waiter boasts ISO 14121 for safety of machinery.

Bangkok University is cooperating with a local restaurant chain called MK in the so-called “MK Robot Project”, and there will be more robots coming.

The Thai machine is competing with TOPIO DIO, a service robot made in Vietnam. See it below in action:

Via Robonable [JP] via Plastic Pals