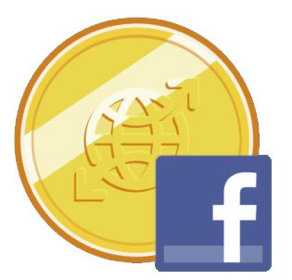 Facebook is about to ruffle some feathers. We’re hearing from one source that the social network is reaching out to game developers to inform them that it is making its own, official Facebook Credits currency mandatory. Our understanding is that it will be the exclusive currency as well.

Update: Facebook has confirmed that it is indeed making Facebook Credits mandatory for Games, with the rule going into effect on July 1 2011. Facebook says that Credits will be the exclusive way for users to get their ‘real money’ into a game, but developers are still allowed to keep their own in-game currencies (FarmBucks, FishPoints, whatever). For example, Zynga can charge you 90 Facebook Credits for 75 CityCash in CityVille.

However, there will be incentives for developers to sell goods in terms of Facebook Credits instead of their own proprietary currencies: items that are sold in terms of Credits can be promoted on Facebook’s Games dashboard, and will be eligible for more targeted ad programs.

Facebook’s Deborah Liu says that it has been testing Credits in a beta program with 150 developers across a range of games. The company acknowledges that some developers may not be pleased with the news, explaining this is why it is announcing the news five months in advance, so it can “have an open conversation with developers”. The rule only applies to Canvas games (games that use Facebook Connect aren’t affected), and while it’s games only at this part, Facebook says that it eventually would like to see all apps using Facebook Credits.

It’s a move that’s been a long time coming — there has been speculation that Facebook would do this for a year now, spurring plenty of angst in the developer community. But Facebook has taken things slowly.

Despite telling the community that it was still early for the Credits platform and that it was considering various options, Facebook also spent the last year working out deals with the biggest developers — like Zynga, Playdom, Playfish, and CrowdStar — to make sure they were on board with its Credits system. Now that the developers with serious leverage are taken care of, it’s time for everyone else to make the change.

Facebook’s argument is that Credits are good for users and developers alike. There’s a higher barrier to entry if a user has to pull out their wallet to buy a different currency every time they play a new game — using the same currency lowers this bar. It also means there’s less of a lock-in factor, and Facebook can do its part to educate and promote the use of Credits to get everyone used to paying real money for virtual goods.

Of course, Facebook gets something out of it: they take an industry-standard 30% cut whenever users purchase anything with Facebook Credits. That can add up to a lot of money — we’ve heard elsewhere that Zynga is paying Facebook around $30 million a month for its Credits tax.

This is about more than purple cows and gold coins, too — in the long run, Facebook has a strong incentive to maximize the number of users who are signed up for Credits. Right now the vast majority of Credits are spent on gaming, but it’s very likely that Facebook will eventually begin allowing third-party websites to offer a ‘Pay With Facebook’ option, and that may include everything from digital content to physical goods. The more credit cards Facebook has in its system, the more appealing this option will become, and the more publishers and retailers will be willing to pay that 30% fee.