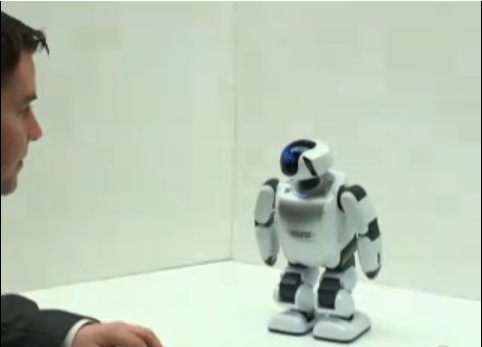 As if mini humanoid PALRO wasn’t awesome enough already, he now can speak English, too. I always thought he was being marketed as a “male” robot, but Tokyo-based maker Fuji Soft gave PALRO a female voice (not that it really matters).

Here’s the promo video in which you can hear PALRO conversing with a human in English: