If you’ve ever had to test an unreleased iPhone application or wanted to test yours with real world users, you’ll know what a pain it is. The UDID thing is bad enough, but the process of having to drag and drop .ipa and provisioning files to the copy of iTunes on the computer you sync with is ridiculous. Why on Earth can’t you do this over the air? That’s exactly what TestFlight brings to the table.

The service provides an over-the-air app installation solution that is massively easier to use than the current iTunes sync model. How do I know? I’ve actually used it. Before we heard about their launch today, I used TestFlight to test another startup’s iPhone app. I was blown away by how simple the process was. I immediately wished all startups would use this solution.

Obviously, TestFlight hopes all customers have the same reaction I did. And the truth is that many others already have. In their testing phase, companies like Posterous, Twitter, and Icon Factory have used their solution to try out new versions of their apps.

Beyond simple over-the-air installation, another big plus to TestFlight is that you can group testers together to serve them up different versions of your app. So, for example, if you want people in your company to see one version, but investors to have another, you can easily do that. And you can track the stats for each. There’s also a “recruitment” feature to allow devs to find potential testers if they’re looking for more.

All of this is still subject to Apple’s device testing limits (which is why the UDID is still needed), but again, TestFlight makes the process so much better. And naturally, it works for the iPad and iPod touch as well.

While the service is free to developers who want to try it, there will also be an enterprise version that they plan to charge for. That pricing hasn’t been determined yet, but co-founder Ben Satterfield tells us it will include installable licensed versions plus other to be determined features. 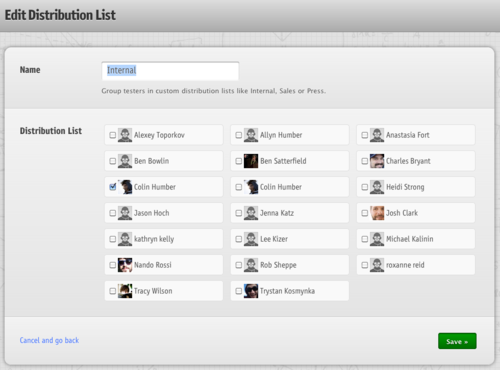 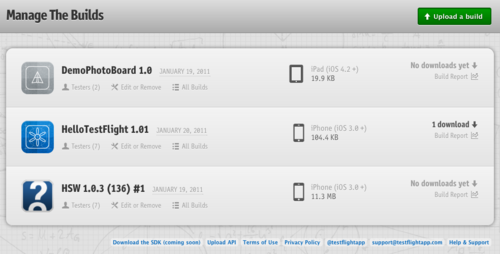 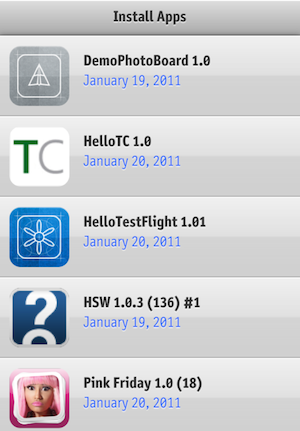 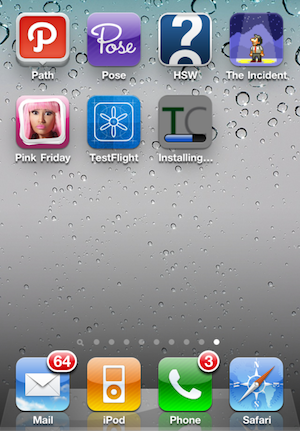