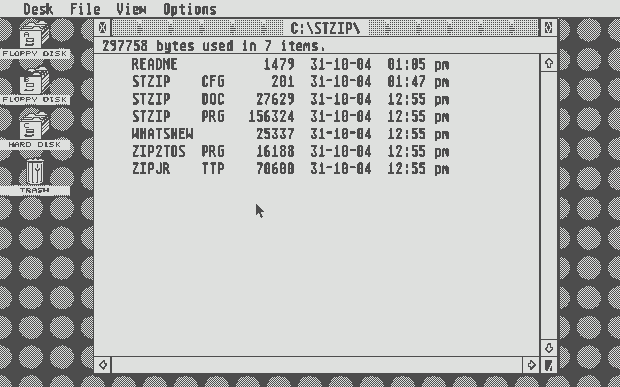 In a longish post over at Dadhacker, Landon Dyer tells us the story, in florid language, of the moment that the Atari ST very nearly ran Unix. Not Linux, mind you, but real, AT&T Unix. The license at that time cost $10 per seat, which would have allowed Atari to sell a version of Unix to the general public and, if you extrapolate out a bit, would have made it a dominant end-user platform long before Linus took that crown.

The story itself is a more a thought piece than anything else. The problem was memory handling in the old Motorola processor used on the ST and Dyer gave it quite a bit of thought.

To run Unix effectively we needed some hardware that was very fast, that was simple enough to put into a minor spin of the ST’s memory controller with little project risk, and that would still provide some kind of memory relocation and protection. The ability to have separate address spaces to isolate processes would be good, too.

“If you can come up with something that takes about a gate delay, I’ll put it in,” said John, the memory controller guy. He seemed dubious, but willing to listen.

That first graf is a tall order and it’s clear that John, the memory controller guy, was non-plussed. And so you got Atari TOS, an amalgam of GEMDOS and a unique UI that gave users their first brush with a cult of personality when Atari CEO’s, Tramiel, figured prominently in the name of the OS. And you guys are all excited about Froyo v. Honeycomb. This is real dawn of time stuff here people.