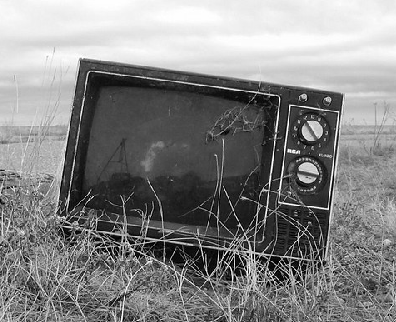 Both the Justice Department and the FCC have approved Comcast’s monumental purchase of NBC Universal this morning. A cursory wade through the multiple press releases shows that the deal is full of stipulations and conditions, as the FCC itself acknowledged that the merger could create threats to “to the development of innovative online video distribution services.” Yikes.

Of course this leaves people on all sides wondering what will happen to online video content site Hulu? While specifics are still unclear, according the terms and conditions of the deal, Comcast will be giving up NBC Universal’s position on the Hulu board, which it shares with ABC and Fox.

According to the Justice Department’s release:

“Comcast must relinquish its management rights in Hulu, an OVD.   Without such a remedy, Comcast could, through its seats on Hulu’s board of directors, interfere with the management of Hulu, and, in particular, the development of products that compete with Comcast’s video service.   Comcast also must continue to make NBCU content available to Hulu that is comparable to the programming Hulu obtains from Disney and News Corp;”

Three company merger restrictions on the FCC’s release are also noteworthy, with regards to Hulu:

Comcast will still retain an economic stake in Hulu. But at first glance it seems as though the broadband provider having any influence in decision-making for the online video service (which at its core essence threatens the Comcast cable subscription model) was the key concern in both the FCC’s and the DOJ’s anti-trust deliberations.

Looks like we’ll have to wait until January 28th (the day the merger goes into effect) to see how the future of online video will begin to play out.

PHILADELPHIA, PA, AND FAIRFIELD, CT – January 18, 2011 – Comcast (Nasdaq: CMCSA, CMCSK) and General Electric (NYSE: GE) announced today that they have received regulatory clearance from the Federal Communications Commission (FCC) and the Department of Justice for the joint venture that will consist of the NBC Universal businesses and Comcast’s cable networks, regional sports networks and certain digital properties. The joint venture will be 51 percent owned by Comcast, 49 percent owned by GE and managed by Comcast. The transaction is expected to be completed by the end of January.

“This is a proud and exciting day for Comcast,” said Brian L. Roberts, Chairman and Chief Executive Officer of Comcast. “We are grateful for the leadership of FCC Chairman Julius Genachowski, Assistant Attorney General Christine Varney, the other FCC Commissioners and their staffs for the months of hard work that went into reviewing an unprecedented number of documents and public comments.”

“The NBC Universal joint venture will be well positioned to compete, innovate, and bring new choices to consumers,” Mr. Roberts continued. “Our original vision for the combination remains intact so that consumers will benefit, and our competitors will be treated fairly. We are pleased that many of the voluntary commitments we proposed beginning the day the transaction was announced and continuing throughout the process have been incorporated into the FCC’s Order.”

Under the terms of the transaction, GE will contribute to the joint venture NBC Universal’s businesses, including its cable networks, filmed entertainment, televised entertainment, theme parks and unconsolidated investments. Comcast will contribute its cable networks, including E!, Versus and the Golf Channel, its regional sports networks and certain digital media properties, and make a payment to GE subject to certain adjustments based on various events between signing and closing.

GE Chairman and CEO Jeff Immelt said, “NBCU has been a great business for GE over the past 20 years, generating an average annual return of 11 percent. Reducing our ownership stake from 80 percent to 49 percent allows GE to continue sharing in NBCU’s growth while also providing significant cash to invest in our high-technology infrastructure businesses, growing an attractive dividend, and continuing our buyback program. This transaction will have generated approximately $8 billion of cash at closing with an expected small after-tax gain. We are confident the NBCU team will continue to be in good hands under Brian Roberts, Steve Burke and the Comcast team’s leadership.”

“Bringing the legendary assets of NBC Universal together with the content assets and technology expertise of Comcast will create many new opportunities for consumers. The combination of these assets will allow us to bring the future of anytime, anywhere media faster to consumers in America and around the globe,” said Steve Burke, who will become Chief Executive Officer of NBC Universal at the official close of the transaction.

Additional information regarding the transaction can be found at www.comcast.com/nbcutransaction.

About Comcast Corporation
Comcast Corporation (Nasdaq: CMCSA, CMCSK) (www.comcast.com) is one of the nation’s leading providers of entertainment, information and communication products and services. With 22.9 million video customers, 16.7 million high-speed Internet customers, and 8.4 million Comcast Digital Voice customers, Comcast is principally involved in the development, management and operation of cable systems and in the delivery of programming content.

About GE
GE (NYSE: GE) is a diversified infrastructure, finance and media company taking on the world’s toughest challenges. From aircraft engines and power generation to financial services, health care solutions and television programming, GE operates in more than 100 countries and employs about 300,000 people worldwide. For more information, visit the company’s website at www.ge.com.

Caution Concerning Forward-Looking Statements:
This release contains “forward-looking statements” – that is, statements related to future, not past, events. In this context, forward-looking statements often address expected future business and financial performance and financial condition, and often contain words such as “expect,” “anticipate,” “intend,” “plan,” “believe,” “seek,” “see,” or “will.” Forward-looking statements by their nature address matters that are, to different degrees, uncertain. These statements are made on the basis of the views and assumptions of management. Particular uncertainties that could cause actual results to be materially different than those expressed in these forward-looking statements include: the timing of the closing of the transaction; adverse developments in the business and operations of NBC Universal, including potential disruption that may make it more difficult to maintain business and operational relationships; the successful combination, operation and overall performance of the joint venture post closing; the ability to integrate the programming assets of Comcast and NBC Universal in the new joint venture; the ability of the new joint venture to create popular programming, to develop new digital products and services, and to succeed in the highly competitive media industry; the ability of the new joint venture to generate attractive financial returns and strong cash flows; and, the effect of any conditions that regulators have imposed in permitting the transaction to proceed. These uncertainties may cause actual future results to be materially different than those expressed in these forward-looking statements. None of GE, Comcast nor NBC Universal undertake to update these forward looking statements.