Let’s get this out of the way right up front: The name buuteeq is just awful. And if this were a consumer Internet startup, it might be fatally awful. “OK, it’s called Boutique, you know like Boutique hotels? Only you spell it B U U T E E Q… No, let me spell it again for you…” Awful.

Thankfully, Buuteeq is a business software company for boutique hotels. It’s launching today and will no doubt be called “the OpenTable for the hotel industry,” but that doesn’t do it justice. The product is far more impressive, the economics are far more aligned with hoteliers’ needs, and it’s solving a deeper industry problem. The biggest similarity may be that like OpenTable, it takes a decade or more for buuteeq to build a big company. But that’s life selling a product to fragmented small businesses all over the world.

Buuteeq gives mom-and-pop hotels a cost effective way to build and maintain a stunning, user-friendly Web site, optimized to run on the Web, inside Facebook, on the iPad and on mobile devices, jam-packed with SEO goodness in multiple languages. Look at one before and after of one of founder Forest Key’s favorite hotels in China. 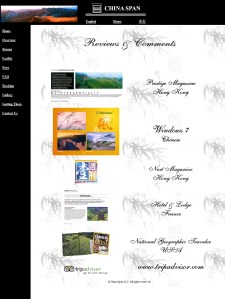 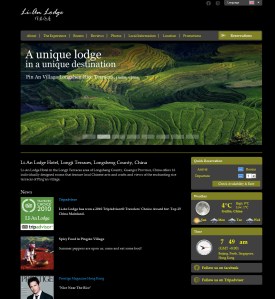 At this point in the meeting, Paul pretty much started losing it. His parents are hoteliers and their Web site has been a particular pain point. Like many boutique hotels, they pay a local designer $10,000 every few years to produce a static page that does them little good, isn’t represented on social networks or on mobile, and is costly and cumbersome to update. And it’s only an information site– they have to process bookings through a third party that takes a huge commission.

Buuteeq’s high-end product could fix all of those problems for them in a matter of hours, cost the same amount, be available in two other languages (human-translated, not machine) and be as easy to update as a WordPress account. (It has a free product that’s essentially a rich Facebook page– a nice Trojan Horse because it has more information and photos than most hotel sites. Beyond that prices range from $349/month to $999/month.)

This sounds like we’re fan-boying out, but honestly there’s been so little innovation in the hotel space it’s easy to get excited if you live in hotels like Paul or spend up to half of a year in them like Sarah. It’s near-impossible to find great boutique hotels– especially international ones– over Google, even if you know the name, and as we’ve discussed before online travel agencies are useless.

When Sarah was traveling to Brazil last year, most hotels only had the front page information in English– the rest was all in Portuguese. She had to make an international call and spend 15 minutes or more trying to find someone at the front desk who spoke English to book a room. And, even if you can find the site and it is in your language, it typically isn’t well designed and may not have all of the information you need to have the confidence to book.

There is a lot of low-hanging fruit for buuteeq here. Especially when you consider the stunning rise of the Chinese traveler– expected to be the biggest country for in-bound an out-bound tourism in coming years. Simply by using buuteeq’s Chinese language translation, the Palo Alto Garden Court hotel rocketed up to the first page of Baidu’s results for a Silicon Valley hotel. That’s huge.

If the product’s price point excited Paul, here’s what excited Sarah: The product took just $1.3 million to build, the bulk of it was done by engineers in China. This is one of the best companies she has seen this year and it didn’t raise a dime of Valley money, despite the fact that Key grew up in Palo Alto and built and sold his first company here. He came up with the idea while stationed in China for Microsoft, moved to Chile with his family to get some funding and build it, and now he lives in Seattle. Staying out of the ecochamber has allowed Key to focus on truly solving a global problem– it’s launching with 40 customers, more of them are outside of the United States than in.

The downside with that global focus is that Key likely isn’t charging enough, leaving money on the table in the US, in order to be competitive in places like China and South America. Palo Alto’s Garden Court Hotel– buuteeq’s first customer pretty much told Key as much. That’s a crucial mistake a lot of now-defunct SAAS companies have made. But one that can be solved by building out the product more in the future, and charging for those improvements.

After spending a day paging through some of buuteeq’s clients pages, we think there’s also a missed opportunity in not having a consumer-facing portal, ala Jetsetter-meets-Opentable, where people who’ve stayed at one buuteeq property might want to easily discover and check out others. But again, that’s a problem that can be solved in the future. Even with the dreadful name, we’ll be watching this one closely.