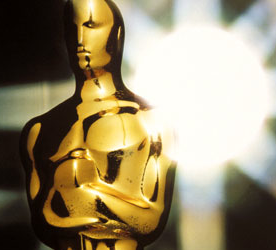 There seem to be a lot of Yahoo properties that no one pays any attention to at all. We noted that Yahoo kept their Halloween content up past that holiday, for example. There was the Delicious snafu where a blog post saying the site wasn’t going offline was offline because the site had been taken down. Now, we’ve noticed, Yahoo’s Academy Awards site hasn’t been updated since March 2010.

This is despite the fact that Yahoo had a press push earlier this year: “Yahoo is doubling down on its awards show content this year,” says the article. It’s not just that the content has been pushed to Yahoo’s OMG site. There’s little on this year’s Academy Awards there, either.

Not a big deal. Not the end of the world. But this is a sign that there are Yahoo properties that have no staff assigned to them. Or worse, there are staff but they just don’t care at all about their jobs. And Chrysler, Yahoo’s exclusive advertising partner for the season’s awards show, must be wondering what’s going on.

The good news is that after this post Yahoo will quickly update their Oscars site. Well, tomorrow, after the weekend’s over. I mean Tuesday, after the holiday. Certainly sometime before next year.