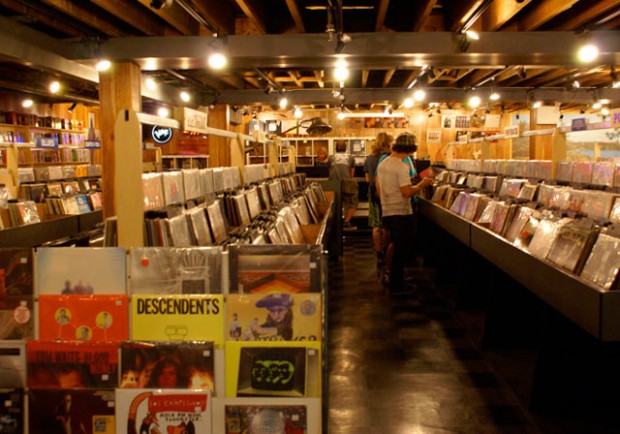 Oh, recording industry. You are impervious to reason. This year saw increases in digital sales over in the UK — extreme increases, really — and the bulk of this BPI report is still focused on the threat of piracy. I guess if they admit they’re doing all right, they have to stop suing people. And we all know how much fun they’re having doing that.

In total, Harris conservatively estimates that 1.2bn tracks will be illegally downloaded in 2010 – equivalent to a stack of CDs some 74 miles high stretching well into space.

What exactly does that mean? A stack of CDs? Are these CDs filled with MP3s? What bitrate? Or are they regular CDs, and if so, how many tracks per CD? And why the hell are they using this absurd visualization to express the magnitude of piracy? They could have said “the tracks would completely fill the encephali of a hundred sperm whales” and it would be equally accurate, and equally relevant.

It must be admitted, though, that they mention “Rising levels of income from digital music are not offsetting declining revenues from falling CD sales,” and I wonder why? Album sales are dropping because people can buy tracks individually, and even if you buy albums, no one will pay $17.99 for them as of yore.

They’ll never admit that their business model is in its death throes, because that would mean they’d have to shift to a newer, less profitable one. Yet the longer they hold out, the worse it’s going to be. I’m happy either way, personally.