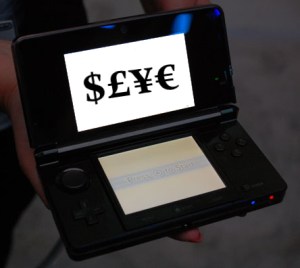 As you probably are aware, the Nintendo 3DS is just around the corner: it will hit Japanese stores on February 26, followed by the US and European markets in March. Nintendo president Satoru Iwata gave an interview in The Nikkei (Japan’s biggest business daily) yesterday, in which he stated some ambitious goals for his company’s new product.

Iwata said that he expects the 3DS to sell a total of 4 million times by the end of March, namely 1.5 million times in Japan alone plus another 2.5 million times elsewhere. This means the US and European versions of the system are likely to go on sale relatively early in March.

According to Iwata, his company is currently doing its best to ensure continuous supply when the 3DS starts shipping to retailers in order to avoid the shortages seen when previous versions of the DS launched.

He wasn’t asked when exactly and for how much the 3DS will sell in the US and Europe.