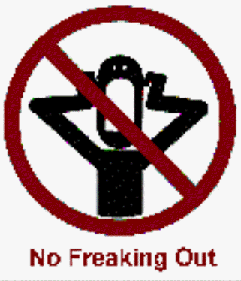 I’ve avoided writing something about the Goldman Sachs- Facebook deal, because God knows the rest of the blogosphere has been doing enough speculation for the entire world. But four things I’ve read in the last 24-hours need a serious rebuttal.

1. Facebook is still not “essentially” a public company. I don’t care if it reaches 500 indirect individual shareholders through the Goldman transaction, a public company is one where the general public is able to invest and existing shareholders are able to sell shares, without approval from the company first. That isn’t happening.

Deals like these have indeed been Facebook’s way of avoiding the pressures that would force a company to go public for some time now, so there are IPO-like ramifications from these deals. But that doesn’t change the fact that a tiny fraction of people are able to buy and sell shares. That’s a huge fundamental difference that affects everything about the way a company operates. Anyone who has run, worked at or covered a public company and a private company for any period of time knows that. Beyond that, it’s just an argument of semantics.

2. Some people are drawing a comparison between Google’s let’s-empower-the-users IPO by dutch auction and Facebook’s selling of shares to Goldman’s richest clients as if it’s an indication of some Robin Hood vs. Sheriff of Nottingham moral battlefield. These two deals are not apples-to-apples comparisons, by any means. For one thing, this isn’t an IPO no matter how badly some members of the tech press want it to be. (See point #1) To my knowledge, Google never let its users or everyday people buy pre-IPO shares.

But beyond that, the comparison misses a fundamental difference in the relationship between Silicon Valley and Wall Street from the days when Google was founded and today. This difference has been widely documented, is far broader than just Facebook, and has been brewing for more than ten years. It’s part of a continuum that started with the excesses of the dot com bubble, culminated with huge changes on Wall Street that hurt the ability for smaller companies to go public and the desire for entrepreneurs to take them public, and has been rippling through several trends like partial liquidations, secondary exchanges and buyouts. This is about an industry as a whole looking for other ways to get liquidity that don’t sacrifice price and independence. That’s the reason deals like these aren’t confined to Facebook.

What’s more, Facebook and companies like it are actually following in Google’s footsteps, in many respects. Compared to its generation, Google waited an extraordinarily long period of time to go public and did so very much on its own terms, so that it could protect its ability to be nimble and above the whims of activist, short-term hedge funds and traders. For all of its marketing, you could argue Google’s IPO was anti-the-little-guy, because it pioneered the modern use of a dual class of voting and the company refused to give earnings estimates or play other annoying Wall Street games. The company boldly drew a line in the sand and essentially said, “You want to own shares in us? Here’s the deal.” And for its generation, Google initially offered a pretty small float of shares, which was one reason the price soared.

If you look at the reasons behind why Facebook is doing what it’s doing, I’d say Mark Zuckerberg is following the spirit of the Google playbook, not going against it.

3. Being a public company isn’t a way to force Facebook to be “good.” I have a lot of respect for John Battelle, but I just don’t get this argument that Facebook trading on the Nasdaq or New York Stock Exchange means the company is a more responsible steward of our data. This is more of the hangover from that Google “do no evil” nonsense.

Battelle raises a good point about the risk of Facebook using all it knows about us for selfish gains, but I don’t see how reporting quarterly numbers suddenly makes that go away. Does anyone feel like they know everything Google is doing with our data by reading its SEC filings or listening to a scripted conference call? I don’t. And frankly, I’m more worried about the things Google knows about me. The information about me on Facebook is what I have volunteered to share with people. Google has information on everything I’ve ever searched in the privacy of my own home and the content of my inbox. That’s a hell of a lot scarier if used for its own gain.

But as a user, I still trust Google with all of this, because it’s ultimately in its best interest as a company not to abuse that public trust for short term gains. Same goes for Facebook whether I can buy a share of it or not. Going public doesn’t force a company to be good, anymore than a wedding ring forces a man to be faithful. (See Enron.)

4. The SEC forcing Facebook to disclose financials will not “force” the company to go public. The reason entrepreneurs like Zuckerberg, Reid Hoffman, and countless others who opted to sell their companies in the last few years do not want to go public has nothing to do with disclosing quarterly numbers. It has to do with the brain drain of employees leaving for the next hot, pre-IPO company. It has to do with a CEO’s job becoming more about managing Wall Street and the press than building the business. Being public brings with it an almost inevitable shorter-term focus. And most important for someone like Zuckerberg, it means the CEO can’t spend his time obsessing on product, which is mostly what he cares about.

I remember discussing this with Zuckerberg back in 2007, as he was anticipating passing the 500-shareholding-employee mark. This was reportedly one of the things that pushed Google to go public in 2005, and this conversation was well-before Facebook came to a settlement with the SEC that allowed the company to skirt the rule about reporting numbers if a company has more than 500 individual shareholders. I asked Zuckerberg if it would be a trigger to go public, and he said no and added, “disclosing information is the least of the issues I have with being a public company.”

Now, two things are obvious: A lot has changed since those early days, and Facebook will go public one day. That has always been the plan. No one has argued otherwise. And by virtue of time, growth and continued outside investment that date is a lot closer now than it was then. None of us really know for sure if it’ll happen sooner or later, but based on everything I know about Zuckerberg, disclosing financials isn’t going to make a bit of a difference on the timing.

Like Google in its pre-IPO days, Facebook is operating from the ultimate position of strength. Even if the Goldman deal hadn’t happened, the company wouldn’t hurt for cash. No one is going to force this company to go public before it is ready, and all the steps it’s taken in the secondary market make it less likely to happen any time soon, not more likely because they are addressing the very reasons companies used to go public.