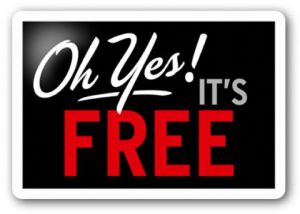 I’ve often wondered if the early Web pioneers had it all to do over again if Web companies would have put less of an emphasis on free.

People have been conditioned against paying for services or content on the Web, and the Web elite only have each other to blame. For all the talk of Web companies getting users first and “figuring out” how to make money later, the only two jaw-droppingly, multi-billion-dollar, innovative new ways to advertise online have been Google’s paid search ads and Groupon’s solution to unlocking local ad dollars on a mass scale. Those who win big–like Google– just perpetuate the cult of free content and services as a way of spoiling would be competitors. Witness a big disconnect between popularity and money. Exhibit A: Yahoo.

As a result, Netflix and Match.com are two of the only companies to have figured out ways to build large, lucrative subscription businesses online. Meanwhile, LinkedIn is one of the only Web 2.0 companies that has created a huge business with a freemium business model.

But on the mobile Web it’s a do-over, and it’s a totally different playbook from FREE! People are conditioned to pay for stuff over phones in a way they aren’t online, and they’re not flinching. According to Citibank’s US Internet Stock 2011 Playbook released today, Apple will generated as much as $2 billion in gross app revenue in 2011. For perspective, that’s about the same size as Citibank’s estimate for the entire online video advertising market next year, nevermind way more people watch YouTube than have an iPhone and it’s been in the cultural zeitgeist longer.

The report also cites Gartner’s estimates that the total app market was around $4 billion in 2010 and should grow to a whopping $27 billion by 2013. The biggest driver is smart phone penetration, the impact of which Citibank compares to the spread of broadband on the computer-based Internet in the early 2000s. Globally, smart phone unit sales grew 53% in 2010, and Citibank expects it to grow 29% in 2011 and stay in the mid-20% growth range through 2013.

Several years ago, it was controversial to say that a fledgling product called Android — not the hyped up purchase of YouTube– would be Google’s best bet at another hit on the scale of paid search. Android is already making $1 billion in revenues with an indirect monetization strategy, and Citibank expects that could double next year– not only eclipsing YouTube but the entire online video category. Now calling Android Google’s future is almost a cliche. Good thing Google hedged its bets.