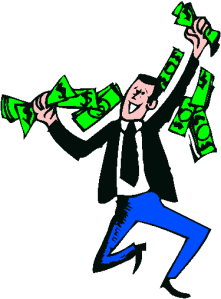 Back in August we reported that Elevation Partners had signed a letter of intent to buy secondary shares in Pandora, the long-suffering, now-hot online radio station. I wondered what ever happened to that deal, so I started digging. As it turned out, shares were sold but Elevation didn’t get them.

Here’s what we’ve been able to piece together, from several sources on different sides of the negotiating table. Many of Pandora’s founders and executives had been reticent to do any sort of partial liquidation. For one thing, the company has raised so much funding even the founders didn’t own Mark-Zuckerberg-like-equity in the company. And Pandora had gone through so many near deaths trying to stay afloat between the Scylla (the RIAA) and Charybdis (Congress), suffering through layoffs and months of foregone paychecks. Like people who lived through the Great Depression and insist on rinsing and reusing paper towels, Pandora has been careful to put all its venture capital towards securing the business, not lining the founders’ pockets.

But Pandora isn’t in the Great Depression anymore. It’s a surging company thanks in part to its wildly successful mobile apps, with more investor attention than it can handle. It was Elevation that started to shake the tree and found that an earlier investor, a hedge fund called King Street Capital, was hungry to cash in their shares at a mild step-up from Elevation’s most recent valuation, somewhere in the hundreds of millions, but south of $1 billion. It wasn’t a reflection on the company, but the hedge fund isn’t really in the venture business and was anxious to lock in a nice return on its investment, said someone close to the matter. That forced the conversation of whether or not some founders and executives would also like to cash out some shares, which several did.

And rightfully so. We’re big fans of partial liquidations when they’re done right. Founders live on scant salaries for so long, and have so much of their net worth invested in their startups that taking a small percentage off the table helps align them with investors who want them to go for the big win.

So, given all this, back in August things were looking good for Elevation. Their window for new investments was closing and it looked like they’d be able to squeeze in one more with Pandora. Enough investors wanted to sell stock, and there was a willingness to let the firm buy them. Only one thing got in the way: How well Pandora was doing. The existing investors had the right of first refusal on an shares changing hands and they all wanted more of the company and happily gobbled up the shares for a slight increase over the previous valuation. I hear that Greylock did the lion’s share of it, but most existing shareholders participated. The round wound up being nowhere near as large as we originally reported– under $50 million, in part because so few early shareholders wanted to part with large chunks of stock.

And with good reason: We’ve heard Pandora is teeing up for a mid-2011 IPO, according a firm they contacted about potentially working on it. That’s not a huge shock given the hiring of well-heeled CFO Steve Cakebread earlier this year, and its recent ad revenue expansion into things like home-connected devices. Someone is getting gussied up for the ball.

What does this mean for Elevation? The fund is still mostly riding on Facebook and Yelp. Facebook’s surging valuation— even if it’s all on paper and just on the secondary markets– isn’t a bad consolation prize.