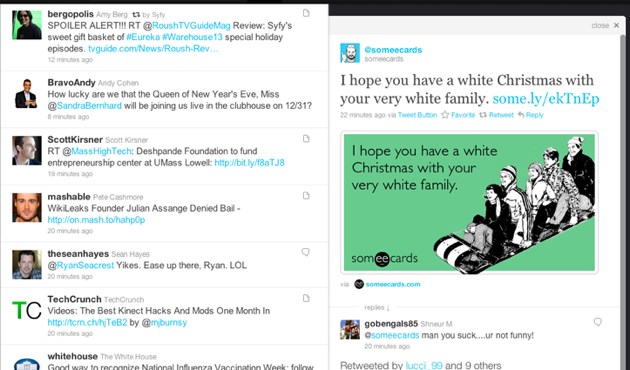 When ‘New Twitter‘ launched earlier this year, it brought a slew of new features alongside its UI overhaul. One of the coolest additions was a new Preview mode — click on a tweet, and in some cases you can see the linked photo, YouTube video, or other piece of content in the right sidebar without having to leave your Twitter stream. There’s just one little problem: Twitter only shows embeds for a limited number of services. And today, Embedly has released a new plugin for Chrome called Parrotfish that goes a long way toward fixing it.

According to the Embedly blog, at launch, Twitter was showing previews from 16 services like YouTube and iTunes— they’ve since upped that number to 31, including favorites like Instagram. But there are still a lot of services that Twitter doesn’t support, like The Onion and or ESPN. With Parrotfish installed, the number of supported services jumps up to a whopping 165 providers (you can see a partial list of them below).

It’s a free extension for Chrome, and it includes a handful of other features as well, like additional phishing detection for links shared on Twitter. And there’s another really cool feature: for sites that don’t have supported embeds, Embedly will still generate a preview of the site that displays an image, headline, and brief excerpt (think the previews you see when you share a link on Facebook and you’ll get the idea).

The extension was built by Embedly, a startup that makes it easy for developers to convert a basic link into a rich embed (a link to Amazon can be converted to a visual product overview, for example). The startup recently raised funding from Y Combinator, Lowercase Capital, and SV Angel. 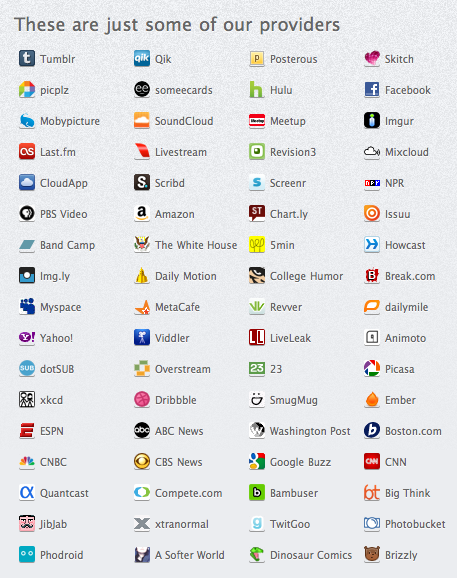 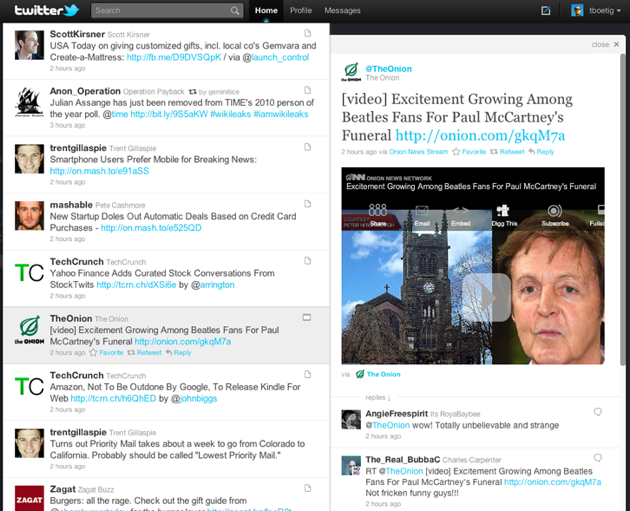