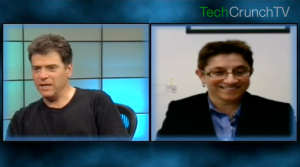 The political paralysis over network neutrality might be a microcosm of the broader political paralysis in America. Last week, after FCC chairman Julius Genachowksi laid out his Title I compromise strategy to finally resolve this seemingly never-ending debate, radical left and right wing groups conspired to destroy any possibility of consensus. On the left, activist groups like Free Press called Genachowki’s initiative a “fake net neutrality proposal,” while many of the radical right questioned the FCC’s legitimacy and called for a complete retreat from any kind of government involvement in technology policy.

So can the center fight back against this unholy alliance of radical netizens and Tea Party libertarians that seem intent on crushing any kind of network neutrality compromise?

One of the feistiest voices of this broad center – which now incorporates most of Silicon Valley, many of the larger ISPs and media companies, the Obama administration and prominent technology investors like Ron Conway – is Gigi Sohn, cofounder and CEO of Public Knowledge. While she is certainly closer to the radicals of Free Press than to the radicals in the Tea Party, what distinguishes Sohn – as I found when I skyped her on Monday – is her willingness to try to work with Genachowski to sculpt a compromise to this hideously complex issue.

But, according to author and legal scholar Larry Downes, whom I also skyped on Monday, this center probably won’t hold. Downes believes it’s “almost a certainty” that the dispute is now headed to the law courts for two to three years, where the only real beneficiaries will be hardline conservatives and radicals, and, surprise surprise, the high priced lawyers hired by either side to drag out this critically important issue forever.

If you missed the part one of this special two part series about the latest twists and turns in the ongoing network neutrality saga, you can view interviews with Andy Kessler and Richard Bennett here.

Downes on why compromise won’t work