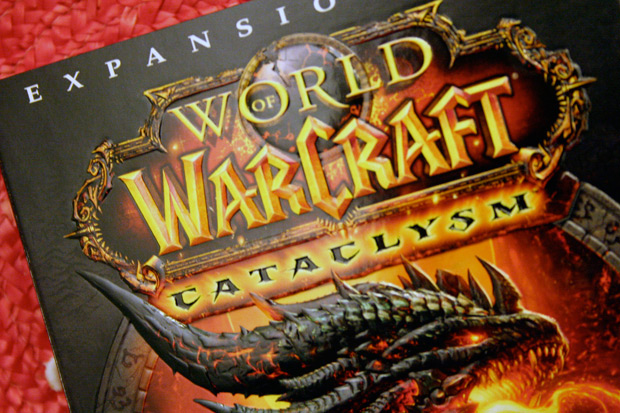 At midnight tonight (Pacific Standard Time, leaving those of us on the east coast looking like fools) Blizzard flips the switch on the World of Warcraft: Catalysmservers. It’s a pretty huge deal, and not just because it’s the latest expansion (leaks reports indicate at least two more expansions within the next three years) to the game that recently turned six years old. Consider this a sort of What To Expect™ post.

First: The actual game launch. Blizzard’s official launch event happens tonight at 9pm PT at the Fry’s Electronics in Southern California. There will be “the powerful music of The Artists Formerly Known as Level 80 Elite Tauren Chieftain, an epic /dance competition, autographs from the development team, and more.” And, of course, you’ll walk out of there with a shiny copy of Cataclysm.

Other stores, including Best Buy and GameStop, have launch festivities planned, so be sure to check your local haunt to see if anything’s Going Down™. (I shall be sound asleep when all of this is going on.)

Second: Rather than adding zones as they did with the previous two expansions, Blizzard has decided to alter some of the existing zones courtesy of a giant cataclysm. It doesn’t just mean physical differences in the landscape, but also that quests for levels 1-60 have been fleshed out. I think we can all agree that that was long overdue. That said, it will be sad to see some of the lands that some of us spent quite a lot of time in (I’m almost certain I spent more of 2007 walking around Azeroth than I did walking around Planet Earth) go away forever.

(And yes, I know the patch that introduced the altered Azeroth has been live for several weeks now, but it doesn’t really “count,” in my opinion, until tonight. You know what I mean.)

Third: There’s two new playable races introduced in Cataclysm: Worgen and Goblins. It’s pretty clear that Worgen are the “cool” race this time around (like Blood Elfs were back in Burning Crusade), so I fully expect their starting areas to be absolutely swamped for the first few days after Cataclysm’s release.

Fourth: There’s some sort of guild leveling system, but I’ve never been a very good guildie, so I can’t comment too much there.

I think those are the big bullet points this time around, a new Azeroth and the two new races.

The question now becomes what to roll tomorrow?

Well met, traveller. From Parts Unknown, Nicholas Deleon is debating between a Gnome Rogue and a Worgen Priest. He went Horde last expansion, so it’s only fair to see the war from the other side this time around. For more crises of conscious, consult his Twitter.