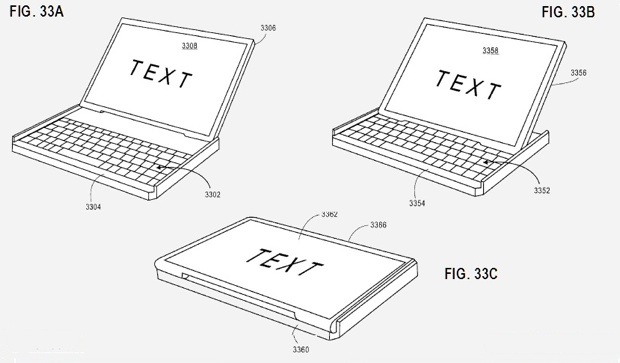 Back in about 2002 or so when Toshiba and a few others tried to sell tablets to businesses and consumers. This was around when Bill Gates was flogging Windows Tablet PC Edition and we all realized that tablets weren’t quite the trick. Among those tablets were the so-called convertibles – laptops that folded around to become thick tablets. When you wanted to tap on the screen you could and when you wanted to type you could do that, too. They were awful.

Now, suddenly, Dell comes out with the Duo and Apple is patenting something that looks like a MacBook Air with a clever folding screen. Sadly, the Duo is a dud and the Apple patents probably won’t make it to market, but here’s what I’d like to see in the convertible department. 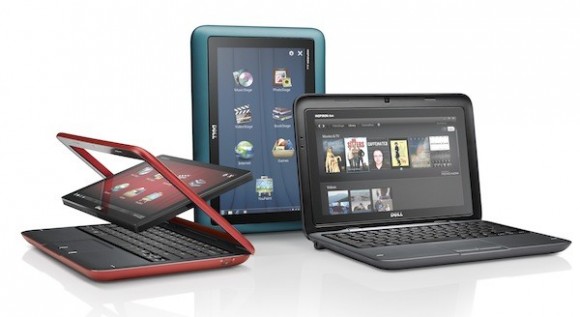 There are some times when you totally need a keyboard. I’d love to see a MacBook Air or Vostro-sized tablet with a slide down keyboard that can also act as a stand. Obviously the stand would have to be able to support the thin piece of glass that is the screen, but the goal would be to add a very thin, very light keyboard to an equally thin and light tablet device.

The problem with most convertibles was an untoward attraction to legacy ports and parts. They were there because laptop manufacturers felt that users needed to have an Ethernet port hanging out in their convertibles like an gaping abscess. This is no longer the case. Something like the Dell Streak melded to a nice, full slide-down keyboard would be ideal and it would force manufacturers to really think about tablet usability versus laptop usability.

This is not to say that the traditional-style convertible doesn’t have a place. I’m sure someone thinks they need it. I’d just like the 7-inch plus tablets to go the way of smartphones like the Droid and offer a physical keyboard plus an on-screen keyboard. It makes sense and it would change the tablet use case immensely.

Will this ever happen? Most probably. Dell kind of did it with the ultra-light Duo and there’s no telling what HP is working on with Palm. Things are looking up, especially when compared to the dark days of the proto-convertibles back at the turn of the century.