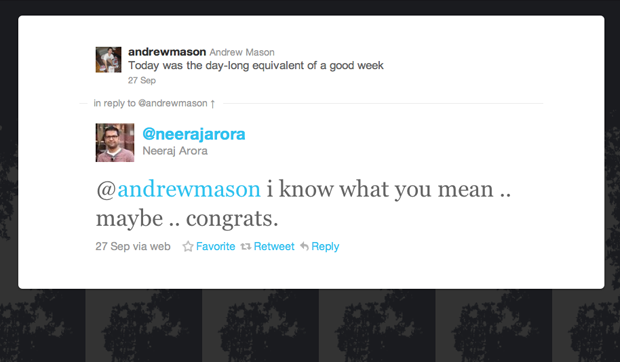 Rumors of a Google Groupon acquisition are circling through the blogosphere this Sunday night/Monday morning and for good reason, the scrappy little Vator.tv has come up with a 2.5 billion dollar acquisition price for the deal, according to sources.

While I’ve contacted both Google and Groupon to no avail, a quick scan down Groupon CEO Andrew Mason’s Twitter account does reveal some interesting activity, namely a vaguely implicit conversation had with Google M&A lead Neeraj Arora back in September. 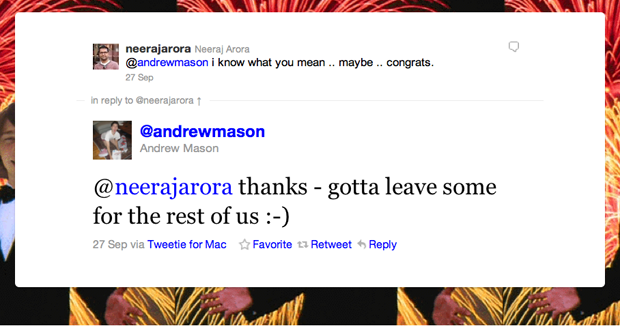 While we don’t think that exchange means that Google acquired Groupon two months ago, it’s interesting to note that the ongoing dialogue between the companies has been public since then. Mason’s end statement “thanks – gotta leave some for the rest of us :-)” alludes to Google and Groupon possibly going after the same third party company, with Groupon in the lead. This is also around the same time that a rumored Yahoo deal fell apart.

We’ll all have to wait at least until tomorrow morning to see if any confirmations or denials will suss out. But, if the Google acquisition rumors are true, then Mason’s parting statement to Arora (above) is the sweetest of ironies.