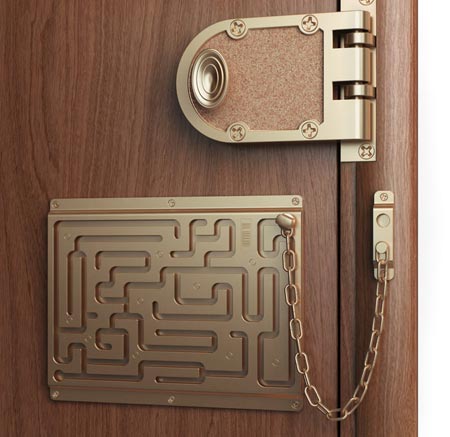 We’ve been down this road before: a new iOS version is released that undoes all of the nasty stuff hackers did to the previous version. A week later those same hackers blow out a jailbreak and then a few days later they release a full unlock (the latest iOS unlock is only for 3G and 3GS right now, so iPhone 4 users are stuck for now.) Given that this is pretty much standard procedure, why don’t carriers just give up?

Sadly, most other phones don’t get this sort of white glove treatment. A grey market exists that traffics in phone unlocks for many devices including Blackberries and Nokias. Why? Because someone, somewhere wants to move their phone from country A to country B. The vast majority of phone users will never want to this but there is still plenty of demand.

So why not ship without the lock? Well, there are a few possible answers, barring the obvious “Carriers suck.”

First, the lock ensures carriers get their pound of flesh before your phone becomes obsolete. By locking your phone, they get to charge you at home, and, more important, they can charge you when you’re roaming (and boy will they ever charge you). This is allows them to make back their phone subsidy and then some.

Next, the lock ensures that phones can’t travel. For various reasons, carriers don’t want the phones of Cleveland to end up in Swaziland. The first of these reasons is that many phones just don’t work overseas. Second, phones in some countries are cheaper than in others. An iPhone in Europe, for example, usually costs much more than it costs on AT&T. It won’t do to allow phone buyers to cross the border like so many retirees looking for cut-rate Canadian Viagra, right?

That said, why not just give up? All of the great phones, including Windows Phone 7 models, have at least some form of public jailbreak if not a full unlock. The phones without a public unlock actually can be unlocked if you call your carrier after six months. Or, finally, you can pay some weirdo to send you an unlock code.

I would estimate the majority of phone users barely know they’re using SIM cards let alone understand the entire SIM unlock idea. Most folks who make calls while travelling are probably doing so for business and so their phone calls are expensed any way. Is it really worth the bad will generated by SIM locks when you’re overseas and want to swap out a SIM and can’t? Probably not, but again, carriers, oddly enough, don’t care.

Will the SIM unlock ever disappear even though it is easily surmounted? I doubt it. It’s the famous old chestnut of “security through obscurity” that has always popular with corporate types. After all, if it looks like a lock, it must act like one.