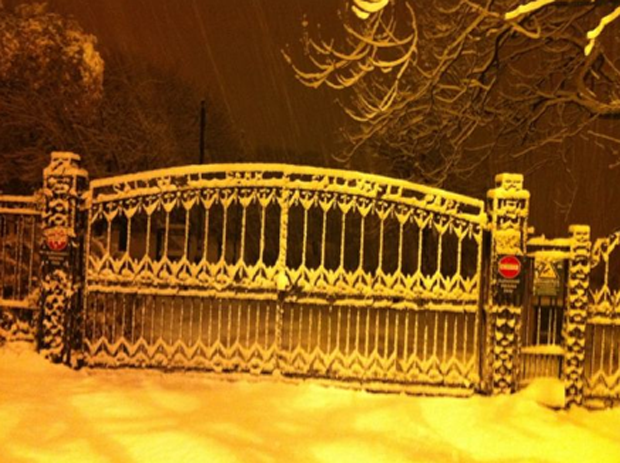 Industrious Briton Ben Marsh is turning the epic ten inches of snow forecast in the UK this weekend into a way to bring his fellow citizens together. On his site UKSnow, users who tweet about the weather in realtime can now have their location coordinates and snow descriptions plotted on a map, as well as streaming in a sidebar. Many are including photos (like the one above) for an even richer experience.

Yes people, it's snowing. It does that in winter. Now stop making such a fuss #uksnow

Users can get their tweets on the UKSnow map by tweeting out the hashtag #UKSnow in addition to first half of their British postal code. There’s even a “Rate the Snow” feature with a 1-10 ranking (7/10 or more -Blizzard!) as well as an option to add snowbank depth.

Marsh has also built a mobile version in case you are actually outside in the snow and felt the need to share. Thus far it looks like a lot of people are feeling the need as #UKSnow is now the #1 trending topic in the UK. No word on whether Marsh plans on expanding to other countries (like the US), but I’m hoping he does.

Because there really is something special about snow. 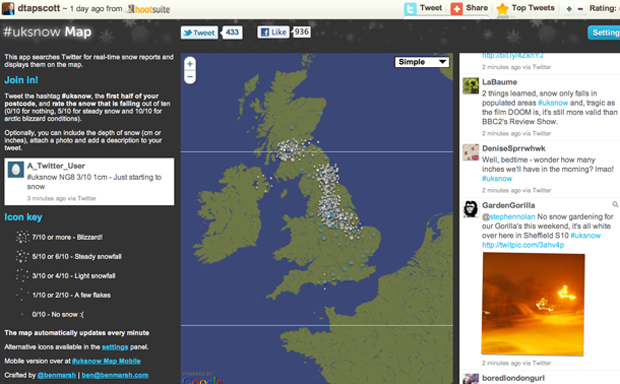