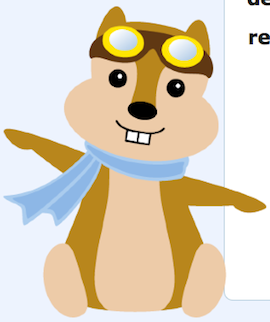 Hipmunk exists to disrupt the flight search experience online. Obviously, the key to this is to have the best and the most results. The Hipmunk results have already been solid. But they’re about to get better thanks to a key partnership.

Announced today at the PhoCusWright conference, Hipmunk has signed an agreement to use ITA Sofware to help power their airfare results. Specifically, they’ll use ITA’s QPX product to look up airfare pricing. Those results, combined with Hipmunk’s tech, should make the service even better.

Hipmunk is one of the companies trying to change the poor experience of setting up travel online. It’s awful. Other companies like Gogobot and Oyster are working in this space too. ITA is coming at it from a different approach — they play nicely with many of the incumbents. But they’re still clearly open to this disruption. They want their data to be used in new and interesting ways.

What’s most interesting here, of course, is that Google is in the process of acquiring ITA Software. The controversial deal seems like it could vastly alter the industry.

As we noted in July when the $700 million (cash) deal went down:

Google will use ITA’s data to create “new flight search tools” and promises to honor its existing agreements with partners.

This is obviously a new agreement, so you have to imagine Google is on board with this. But what about the own tools they’re supposed to build? Is Google interested in Hipmunk? Or is ITA just continuing to move forward on deals just in case their under-scrutiny Google merger isn’t approved. Interesting…

Update: Here’s what Hipmunk co-founder Steve Huffman had to say about the ITA deal and the Google implications:

I get the impression most of the company was told to behave as if nothing is going on. Everyone seems to be pretty busy at ITA that I’ve meet so far, and they’re not all working on Google.