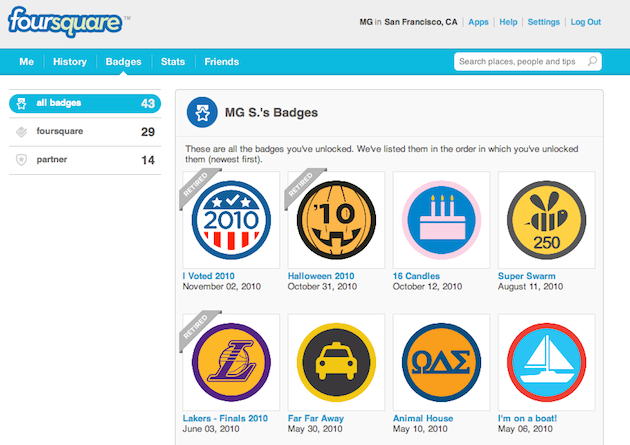 Foursquare is under attack. Services are popping-up left and right that are not only doing check-ins, but they are also now doing location-based deals. Facebook Places is the biggest threat, but there are plenty others. So it’s time for Foursquare to revisit their roots: badges.

Today, the service has launched an overhaul of the badge area on Foursquare.com. Previously, this was only an element of your profile page, now they have a new “Trophy Case” area to better showcase your badges. You can see when you unlocked the badge and if it’s retired. And if you click on the badge you can also see which of our Foursquare friends have unlocked the badge.

Alongside this Trophy Case, Foursquare is rolling out their Badge Partner Program. They’ve been working with partners for some time on badges, but now things appear to be getting more formalized. While they note that the program is still in its early stage (sign up here), they’re rolling out the Trophy Case with partner badges from brands like The American Red Cross, Ellen, Radio Shack, and People magazine.

The Trophy Case has a way to separate partner badges from actual Foursquare badges.

The Partner Badges represent an interesting opportunity for Foursquare. While the service launched with only 16 badges that they made themselves, it has always been a popular part of the gaming element of Foursquare. Now they can presumably monetize it. Rival Gowalla is doing something similar. It’s a decent play because it doesn’t seem like Facebook is going to go in that direction. 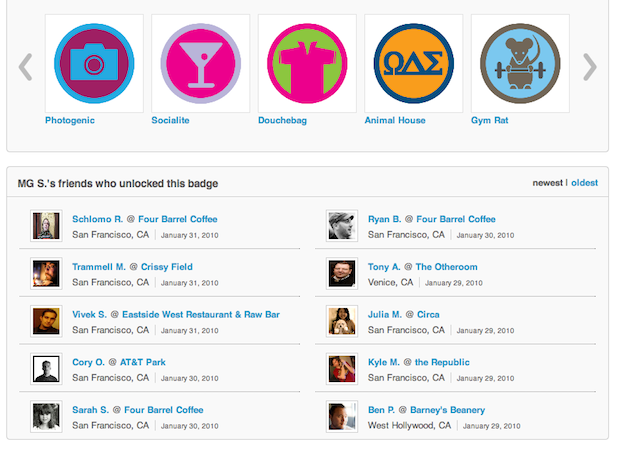