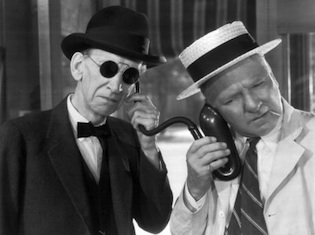 The news on Monday appears to be that Facebook will reinvent email. TechCrunch says it’s the long awaited Gmail killer. Others say it’s Gmail inventor Paul Buchheit’s project since he came to Facebook in the FriendFeed acquisition. Paul says he hasn’t been working on that, but rather the Big Freaking Zip File app where we can download all our Facebook bits. And anyway, he’s gone — off to Y Combinator to continue his angel investing. And I’m gone — from email. Have been for a while now.

I still use email all the time. Or rather, it uses me. I watch colleagues at work (Salesforce.com) bounce back and forth from Outlook and Gmail, selecting, reading, skimming, and oh yes, deleting, deleting, deleting. You have to do that in Outlook, to stay ahead of the Mailbox is Full message. Gmail, not really, but it’s hard to break the old habit. And recently I had to start paying for that privilege, when Google stopped raising the limit and converted me to a cloud customer.

But that’s basically a methadone program, maintenance without getting high. I work for the Man — email. It doesn’t work for me. Search has replaced email as the quickest path to information on demand, and increasingly the most valuable repository is the stream. Search plus stream is Track, and email notification is the delivery mechanism du jour. Email has been taken over by notifications of events from the stream. Facebook comments, FourSquare and PlanCast follows, YouTube subscriptions, Twitter direct messages, so much stuff it’s turned spam into some odd historical horse and buggy data type.

What happens now is that these stream objects are lit up with transactional properties. Code gets run based on incoming events, pulling it out of the teeming inbox before we see it and converted into actions predetermined by our inference engines and workflow rules. “If Retweet equals Member of Strategy Group, add to midmorning direct message queue.” “If Silverlight press conference transcript feed contains question from Mary Jo Foley, route to broker queue with Unload flag.” And so on.

This is not AI or smart computing; it’s harvesting social signals in the context of realtime economics. This is how the television networks have been making their money for years, pushed out to access by every business and business person. Watch how Conan harnesses the social wave to shoot to the top of the ratings, by redefining the ratings around the highly desirable data type of the transactional micromessage stream addict. (This happened on Monday.) On TBS, no less. Ted Turner’s old flagship, built with CBS reruns and an over-80 demo, now sucking up the CoCo crowd. You kids, get off my lawn.

If Facebook reinvents email by submerging it in the stream, they’ll have something to announce. Meanwhile, Google continues to eat away at its notion of inevitability — panic bonuses and multi-million dollar retention offers mixed with data withholding gambits. It never occurred to anyone that the data we give Google was valuable until they started hoarding it. We’ve known all along that Facebook was locking it up until they had so much momentum it didn’t matter, and now Google is blaring the news that it’s too late to stop them.

Google really gets in trouble when the widgets take over. I love my Gmail screen, with its GTalk/AIM IM presence lights going green and chat streams orange as Twitter tracks and FriendFeed conversations stream in. But the Chatter, Skype, and Facebook toaster popups and push notifications on my iPhone and iPad are slowly but surely relegating email further and further back in the pack. RockMelt is creeping in from the Edges, and Gmail is getting eaten alive by so many carpenter ants.

Gmail is Google’s Achilles Heel, it suddenly seems. It heralded the beginning of the Cloud Era, by dismantling Microsoft’s aura of invincibility. You can’t do that, cried the Sinofskyites, and then they did it. On demand email, you know, Office 365. But Google made the classic mistake of not checking their rear view mirror while blowing past the Borg. Wave, Buzz, Me, whatever. Forget Bing, forget the 10% raises, forget downloading the social graph and cloning it. If Google Classic is undermined, then it doesn’t matter what else is coming. If Facebook blows past email, Gmail looks like Google Reader all of a sudden.