Back in February we wrote about Facebook’s secret Project Titan — a web-based email client that we hear is unofficially referred to internally as its “Gmail killer”. Now we’ve heard from sources that this is indeed what’s coming on Monday during Facebook’s special event, alongside personal @facebook.com email addresses for users.

This isn’t a big surprise — the event invites Facebook sent out hinted strongly that the news would have something to do with its Inbox, sparking plenty of speculation that the event could be related to Titan. Our understanding is that this is more than just a UI refresh for Facebook’s existing messaging service with POP access tacked on. Rather, Facebook is building a full-fledged webmail client, and while it may only be in early stages come its launch Monday, there’s a huge amount of potential here.

Facebook has the world’s most popular photos product, the most popular events product, and soon will have a very popular local deals product as well.  It can tweak the design of its webmail client to display content from each of these in a seamless fashion (and don’t forget messages from games, or payments via Facebook Credits). And there’s also the social element: Facebook knows who your friends are and how closely you’re connected to them; it can probably do a pretty good job figuring out which personal emails you want to read most and prioritize them accordingly.

Oh, and assuming our sources prove accurate, this explains the timing of the Google/Facebook slap fight over contact information.

We’ll keep digging for more details and will have full coverage on Monday.

Update 11/15: Here’s our full coverage of the announcement: 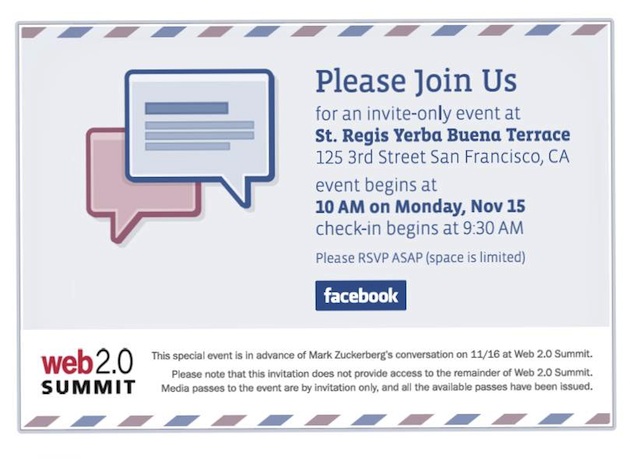