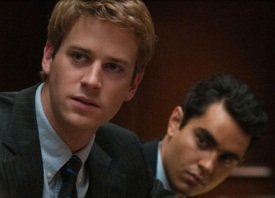 A New York state judge has upheld law firm Quinn Emanuel’s $13 million payout for representing ConnectU in intellectual property litigation against Facebook, denying the former client’s attempts to stay the award while it challenges the $65 million settlement it struck with Facebook back in 2008.

Ok, that may be a bit of a confusing lede, so let’s tackle this one from A to Z. Trust me, it’s quite worth the read.

Assuming you’ve read up on Facebook‘s origins, or if you’ve seen the movie The Social Network, you know that Mark Zuckerberg and co allegedly stole the idea for the site from fellow Harvard students Tyler and Cameron Winklevoss and classmate Divya Narendra.

The latter three men co-founded HarvardConnection, which was later renamed ConnectU, and ultimately took Zuckerberg to court, alleging that he had copied their idea and illegally used source code intended for the site he was hired to create.

The lawsuit against Facebook was filed in 2004, and a settlement agreement for both cases was reached in February, 2008, valued at $65 million. In May 2010, it was reported that ConnectU was accusing Facebook of securities fraud on the value of the stock that was part of the settlement, alleging the stock was worth $11 million instead of $45 million that the social networking giant had proclaimed.

The Winklevoss twins and Darendra then moved to get the settlement undone.

On August 25, 2010, an arbitration panel ruled that Quinn Emanuel “earned its full contingency fee” and found that the firm had committed no malpractice.

In a decision filed Monday, Judge Richard Lowe of the Supreme Court of the State of New York concluded that Quinn Emanuel has waited long enough for its contingency fee, although he refused to bump the interest on the award from 6 to 9 percent as requested by the firm.

ConnectU had urged Judge Lowe to stay confirmation of the arbitration award until the U.S. Court of Appeals for the Ninth Circuit rules on the validity of the Facebook settlement, claiming a successful appeal would obliterate Quinn Emanuel’s claim to its portion.

“The respondents have waited over two years for its fee, and have had to oppose several attempts to delay the payment,” Judge Lowe said. “To continue to stall payment of the award would be to frustrate the very purpose of and reason for the arbitration.”

TL;DR ConnectU retains law firm, sues Facebook and reaches a settlement with them for a reported $65 million. ConnectU later appeals for a higher settlement fee and delays payment to said law firm, Quinn Emanuel. Law firm doesn’t want to wait for its money and gets sued by ConnectU. A judge has now awarded Quinn Emmanuel its $13 million contingency fee.