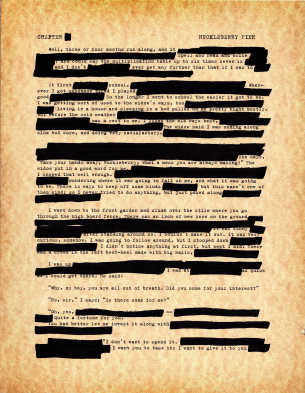 This morning’s discovery of a mind-bogglingly offensive title in Amazon’s self-publishing e-book platform has drawn a variety of responses. There are a number of issues in play here, from first-amendment rights to a “curated” web. And although Amazon has issued a statement apparently taking a hard-line stance against censorship, the book is almost certainly in violation of their Digital Text Platform guidelines, which makes their defense of this title seem a bit arbitrary.

The guidelines state that offensive material (which they define as “about what you would expect”) will be rejected or removed, yet they stated today that “it is censorship not to sell certain books simply because we or others believe their message is objectionable.” They can’t have it both ways, and it’s dangerous for such a sensitive question to remain unanswered when the company shapes digital publishing to so significant an extent. So what’s it going to be?

Both sides have a legitimate defense. Amazon is not the government, they are a corporation, and it is their prerogative whether or not to publish something. They are not in a position to censor, they are in a position to choose whether or not to provide a service. That’s a different thing altogether. And it’s actually, if you look at their content guidelines, their present policy. That’s why the decision not to remove this book is so surprising.

On the other hand, while it isn’t easy to defend pedophilia, it isn’t really necessary. Free speech is protected in this country, with very few exceptions, and even those are difficult to prove. Usually they have to do with a clear and present danger, something which this book, awful as it is, does not present. If it is Amazon’s position that they will make available anything that is not demonstrably illegal, then they are only assailable on grounds of what constitutes good taste.

That’s a hell of a position to take, but the fact is someone is going to take it whether Amazon does or not. While the comparison is in some ways a poor one, it is a natural one, so I may as well say that the “curated” App Store versus the “open” Android Market constitutes a similar fundamental antagonism. That kind of divide is only going to grow, and because both sides get to claim the high ground, there’s good reason for both to exist. The same will happen with the book market, and (to some extent) the rest of the internet. This is just an advance skirmish brought about by a particularly repulsive book on a particularly influential platform. What Amazon does with a hot potato like this will draw a line in the sand. And like most lines in the sand, people tend to get on one side or the other of them.

Let’s say Amazon recants and pulls the book. While many will congratulate them for a showing of prudence and good taste, the other booksellers, which are hovering above this debacle like buzzards, will settle in and feast. “Can you trust Amazon?” “Every book in our store is hand-approved.” The taglines write themselves.

They also leave themselves vulnerable to criticism from some ambitious e-book market, who says “So first they pull 1984 from your Kindle. Next they make some rules, then let in a book against those rules. Then they say those rules don’t apply. Then they apply them, but only after public outcry. Is that integrity? We may not agree with what you write, but we will defend to bankruptcy your right to publish it.” Or something to that effect. It may not be pretty, but the fact is it is a stand some people are very passionate about taking. Even if their store ended up being nothing but rape manuals and racist screeds, all they need to do is point to the first amendment and say that theirs is a legal and needful operation. And it’s not a long walk from there to Wikileaks.

If they choose not to pull the book, they must clarify their position in all this, and that is not going to be easy after this opening act. Is Amazon bold enough to be the bookseller I describe above? I somehow doubt that’s a position that will please shareholders.

Wherever Amazon chooses to stand after this incident, someone will define themselves by its shadow. The only appropriate action they could have taken would have been to immediately pull the book on being notified of its existence, and take the position that it slipped through the cracks and they’ll be hiring more people to oversee content control. These things do happen, though I’d be suspicious of any content control process with cracks big enough to let such a blatant red flag such as “The Pedophile’s Guide to Love and Pleasure” through them.

We expect to hear from Amazon soon on whether they truly have subscribed to either free speech and good taste, two principles which in this case appear to be incompossible. Who knows but this might have been a watershed moment for the e-book market? I doubt this one will just get swept under the rug.

On a related note, while we certainly encourage you to make your opinion (positive or negative) known to Amazon, as they must square themselves with the repercussions of their actions either way, please try to remember that if you buy the book as a means of protest against censorship, you are giving money to the author of this monstrosity.

Update: Amazon has removed the book.