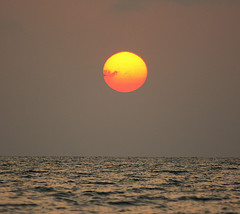 Suntech Power Holdings Co. (NYSE: STP) has inked a deal to supply and install another 9.43 MW of solar panels at a plant in Thailand owned by Bangchak Petroleum, the companies announced today. The large scale plant will be grid-connected by late next year with a total capacity of 44 MW.

Thailand’s national goal is to meet 20% of its total energy consumption with renewable sources by 2022. The country is one of the largest energy consumers in Southeast Asia— according to the U.S. Energy Information Administration it was the world’s 23rd most electricity consuming nation, and was in the world’s top 25 carbon dioxide emitters in 2008.

Upon completion, the plant will generate renewable energy for metropolitan Thailand, primarily, which will be purchased and distributed by the Electricity Generating Authority of Thailand (EGAT) and the Provincial Electricity Authority (PEA) under long-term power purchase agreements. In August this year, Suntech won the first phase of this deal, and was chosen to provide 34.5MW of solar panels and technical support for the new, Thai solar facility.

According to a joint press statement, EGAT researchers project that Thailand’s energy demand will grow by an average 4.22% annually by 2020. The country (like the U.S.) seeks to achieve greater energy security through the utilization of local, renewable energy resources.

Though founded in China in 2001, Suntech has North American headquarters in San Francisco, Calif. and operations in Arizona. The company is publicly traded on the New York Stock Exchange. In 2008, it acquired El Solutions— a California clean tech startup that supplied solar power generating systems for Google, Disney and other corporations— in order to build its U.S., residential rooftop and corporate solar business.