The average U.S. Internet user was delivered more than 6,000 display ads over the course of the quarter. King of the hill is, perhaps unsurprisingly, Facebook.

According to comScore, the social network led all online publishers in the third quarter with no less than 297 billion display ad impressions, representing 23.1 percent market share.

You were right, Tim Armstrong (aka my new boss), about Google (aka his former employer) and Facebook eating away display ad share from AOL – and others, of course.

For what it’s worth, the comScore data is line with some of the things we’ve heard recently from many a Facebook employee, some of them senior level ones: that the company is on track to record $2 billion in revenue this year, mostly coming from display advertising.

For the record, comScore data for display advertising units includes both static and rich media ads but not video ads, house ads and tiny ads (less than 2,500 pixels in dimension). 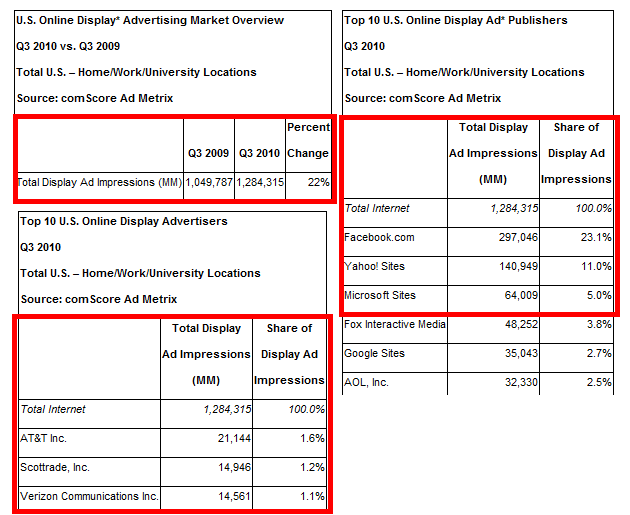